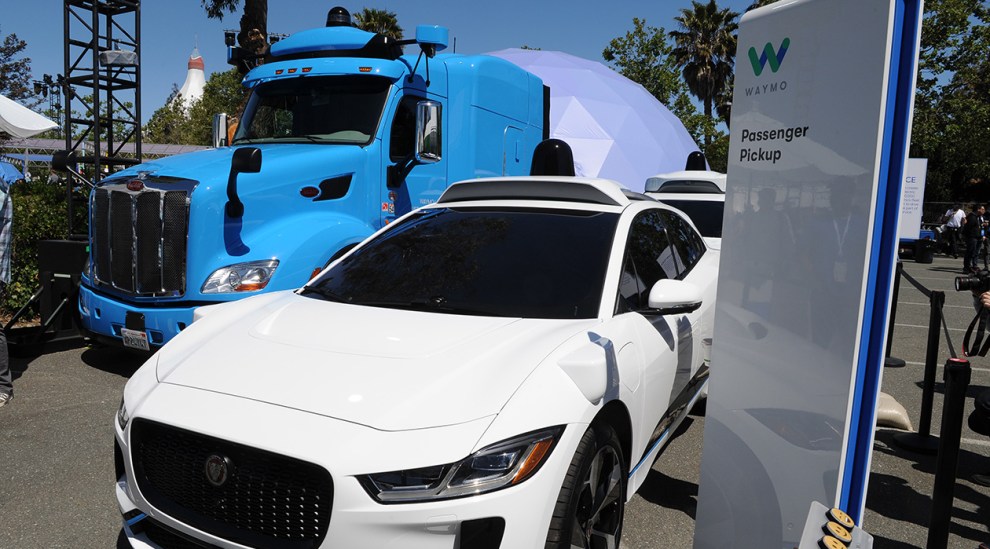 I’m willing to put my money on the table and say that driverless cars are finally here for real:

The head of Alphabet Inc.’s Waymo unit said it plans to launch its first commercial self-driving car service in the next two months…. Waymo’s John Krafcik said the new service will charge individual passengers for rides as well as businesses…. Last year, Waymo began testing its self-driving vans with nonemployees in Chandler, Ariz., through its so-called Early Rider program to learn how potential customers might use and interact with the service.

….Mr. Krafcik also highlighted the progress of Waymo’s commercial trucking business, which has begun delivering freight in Atlanta. In commercial trucking, “you could anticipate a material contribution to the world from Waymo over the next couple years,” he said.

Forget Tesla. Forget Uber. Forget Ford and GM and Toyota. All of those guys will have driverless cars eventually, but they’re far too prone to talk too big and deliver too little.

Waymo is just the opposite. They’re the company that’s been working on driverless technology the longest. They’ve driven by far the most miles. They have the most sophisticated modeling and test software. And they don’t make endless promises they can’t keep. They speak softly but carry a big stick. If they say they’re opening a real live driverless car service by the end of the year, then they probably are. And it will probably work.

This doesn’t mean they won’t have problems. Of course they will. This is massively complex technology. Nor does it mean driverless cars will be on showroom floors next year. But Waymo has always been the bellwether. If their service goes well—and I’ll bet it will—it means that driverless cars are no longer vaporware. We’re probably no more than two or three years away from being able to own one ourselves if we want to.

POSTSCRIPT: To be more precise, I’m pulling in my prediction of when driverless cars will be available for purchase or lease by ordinary customers from 2025 to 2022.