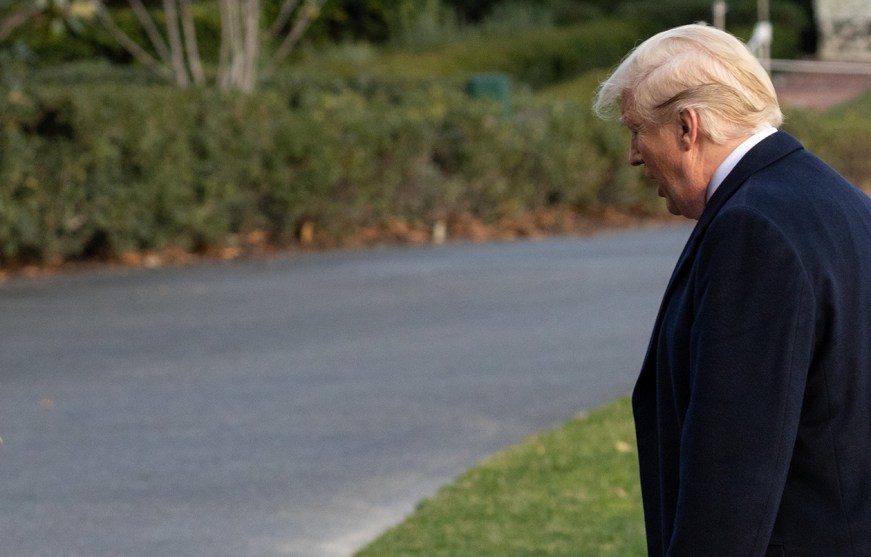 On Tuesday, Donald Trump wrote a statement defending Saudi Arabia because they: buy lots of military equipment from us; sell lots of oil to us; are on our side against Iran; and anyway, we’ll never know if the Kingdom’s Crown Prince—and de facto leader—knew anything about the murder of Jamal Khashoggi. “Maybe he did and maybe he didn’t!” Trump wrote, despite the fact that the CIA says it knows definitively that he did.

The next day Glenn Greenwald defended Trump on the grounds that he was merely being a little more candid than usual about longstanding US foreign policy:

So extensive is the active, constant and enthusiastic support by the U.S. for the world’s worst monsters and atrocities that comprehensively citing them all, in order to prove the ahistorical deceit of yesterday’s reaction to Trump’s statement, would require a multi-volume book, not a mere article. But the examples are so vivid and clear that citing just a few will suffice to make the point indisputable.

None of this recent, ugly history…justifies what Trump did on Tuesday. But what it does do is give the lie to the flamboyant claims that Trump has somehow vandalized and degraded U.S. values and U.S. foreign policy rather than what he actually did: upheld their core tenets and explained them to the public with great candor and clarity.

….If you want to denounce Trump’s indifference to Saudi atrocities on moral, ethical or geo-political grounds — and I find them objectionable on all of those grounds — by all means do so. But pretending that he’s done something that is at odds with U.S. values or the actions of prior leaders or prevailing foreign policy orthodoxies is not just deceitful but destructive.

Without commenting generally about the vileness or otherwise of US foreign policy, there’s not much question that (a) our alliance with Saudi Arabia goes back a very long way and (b) Saudi Arabia is a loathsome nation on many, many levels. Unless I missed it, Greenwald didn’t even cover everything. Not their revolting domestic policy toward women, gays, and non-Muslims. Not their cynical and cowardly alliance with the murderous Wahhabist clerical establishment. Not their proselytization throughout the world of a vicious, terror-supporting version of Islam. Not the fact that 9/11 was largely a Saudi operation, carried out by low-level Saudis and almost certainly supported and funded by higher-ranking Saudis. The absolute theocratic monarchy of Saudi Arabia doesn’t operate with quite the attention-grabbing flash of genocidal dictators like Saddam Hussein or Pol Pot, but when you add everything up, they’re probably just as bad. Maybe even worse when you consider the longevity of the Saudi state—though I’m not willing to make any firm comparisons here since I’m not in a mood to tot things up and figure out where they belong in a Top Ten list.

In other words, I agree with Greenwald at the level of ground truth.¹ And I don’t really blame him for being disgusted. At the same time, public words matter. All nations operate their foreign policy with some level of hypocrisy because they have legitimate national interests that sometimes require them to be less than pure. But hypocrisy has its virtues. It allows greater freedom of action. It allows leaders to make private threats that can alter the actions of murderous states. And it keeps the reins on public support for bad actors.

Trump has thrown that all away. His statement was so blunt and so approving that he’s completely lost his freedom of action. It’s now clear to everyone that he will support Saudi Arabia no matter what. Nor can he pretend that he might try to influence Saudi Arabia for the better. His leverage is gone. And by making such a clear statement, he’s brought Saudi Arabia to the attention of many rank-and-file voters who never cared one way or the other before. This level of overt politicization, with the cult of Trump behind it, almost certainly adds public support for Saudi Arabia to the already massive support for them among the foreign policy establishment.²

Trump has destroyed even the faint hope of moving the dial on either US or Saudi foreign policy. The fact that his statement sounds like it was written by a middle schooler only makes things worse. It’s worth condemning on all these grounds, no matter how critical you are of US foreign policy over the past 40 years.

¹Though, as usual, I find his contempt for Barack Obama hard to understand. Obama, like all US presidents, was heavily constrained by our foreign policy establishment, but in the end he did provide Saudi Arabia with less support than any previous president—and the Saudis made no secret of their intense dislike of Obama over this. I think Greenwald underrates just how hard this is in real life, and how much credit Obama deserves for taking even baby steps against the virtually unanimous opposition of the entire US government.

²Though I suppose it works in the opposite direction too. There may be plenty of Trump haters who also didn’t care one way or the other about Saudi Arabia, but now consider them public enemy #1.