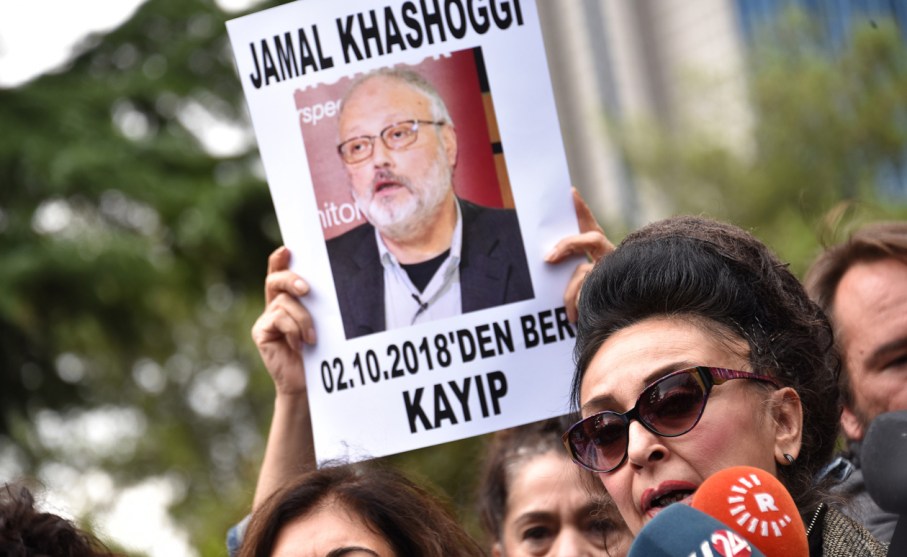 The following three stories are from the front page of one newspaper (the Washington Post) on one day. First up is a report that conservative Republicans are starting up yet another smear campaign:

Hard-line Republicans and conservative commentators are mounting a whispering campaign against Jamal Khashoggi….privately exchanging articles from right-wing outlets that fuel suspicion of Khashoggi…and raising conspiratorial questions about his work decades ago as an embedded reporter covering Osama bin Laden.

Donald Trump Jr….Khashoggi was “tooling around Afghanistan with Osama bin Laden” in the 1980s…. Mark Levin…Khashoggi a “longtime friend” of terrorists.

I’m sure this will soon go mainstream. The point, of course, is that this is a handy way to provide cover for President Trump’s appallingly amoral handling of the Khashoggi affair. There’s no other reason for it.

President Donald Trump on Thursday openly praised Rep. Greg Gianforte (R-Mont.) for assaulting a reporter in his bid for Congress last year….The remarks from Trump at a campaign rally — staged at an airport hangar here with a mountainous backdrop — drew boisterous cheers from the conservative crowd….“Any guy that can do a body slam, he’s my kind of — he’s my guy,” Trump said.

Just for the record, Gianforte grabbed Jacobs, threw him to the ground, and then punched him—for no reason. He denied doing it until he won the election, then fessed up and pleaded guilty to assault charges.

Finally, another story profiles the Republican war room that, among other things, ruined Elizabeth Warren’s week:

It was another trophy for a team of about 60 GOP researchers, bookers and attack dogs who spend their time churning out the ammunition that conservative media and Trump supporters use daily to pummel the president’s foes. The relentless stream of carefully curated — and sometimes misleading — political hits has been throwing Democrats off message for months while steadily stoking the daily fires of conservative outrage that power Trump’s political movement.

“I understand their weaponry, and frankly I don’t underestimate it at all,” said one aide to a Democrat considering a 2020 campaign, speaking on the condition of anonymity to discuss strategy. “They are really effective when they want to be. Within an hour, they are all on the same message and they are all pushing it.”

The DNC promises to have a similar operation running next year—when there’s no election. In fairness, though, the DNC’s spokesman makes a good point: this kind of operation is uniquely effective for Republicans because of Fox News, which will uncritically use anything it produces and hammer at it long enough to force it into the mainstream media. Democrats simply don’t have a similar tool at their disposal.