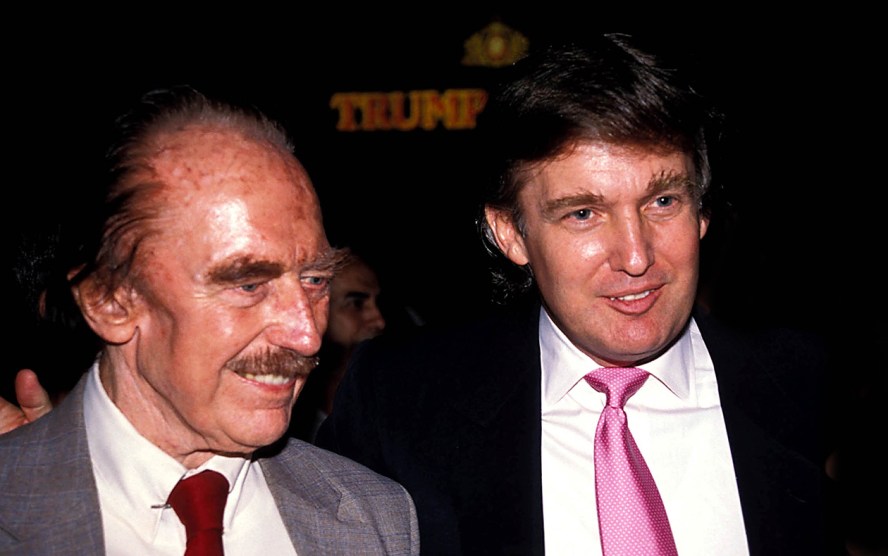 I’ve written a couple of times about the blockbuster New York Times story that documented the routine tax fraud which helped build the Trump empire from its earliest days—and which Donald Trump eventually inherited. But maybe you’d like an example to make this more concrete. So here’s a name for you from the depths of Trump lore: All County Building Supply & Maintenance.

The year is 1992 and Donald is deep into bankruptcy proceedings, living on a small allowance doled out to him monthly by his banks. Naturally his father was there to help bail him out. He started by incorporating a new company, All County Building Supply & Maintenance, and putting a favorite nephew in charge. Its purpose was to act as a central purchasing agent for all of the Trump properties.

That doesn’t sound so bad, does it? Efficient, even. Needless to say, there’s much more:

All County’s main purpose, The Times found, was to enable Fred Trump to make large cash gifts to his children and disguise them as legitimate business transactions, thus evading the 55 percent tax.

The way it worked was remarkably simple. Each year Fred Trump spent millions of dollars maintaining and improving his properties. Some of the vendors who supplied his building superintendents and maintenance crews had been cashing Fred Trump’s checks for decades. Starting in August 1992, though, a different name began to appear on their checks — All County Building Supply & Maintenance.

….[All County] billed Fred Trump’s empire for those same services and supplies, with one difference: All County’s invoices were padded, marked up by 20 percent, or 50 percent, or even more, records show. The Trump siblings split the markup.

For example, if a new boiler cost $300, All County would pay the vendor the invoiced price but bill the Trump Organization $400. The extra $100 would be split up among the Trump kids—and needless to say, no gift taxes were paid on that money.

So far, this sounds illegal as hell, but nothing more. Trump being Trump, though, he found a way to expand this grift so he wasn’t just cheating the government, but plundering his working-class tenants as well. Fred’s nephew, John Walter, did the dirty work:

As an owner of rent-stabilized buildings in New York, Fred Trump needed state approval to raise rents beyond the annual increases set by a government board. One way to justify a rent increase was to make a major capital improvement….Fred Trump, according to Mr. Walter, saw All County as a way to have his cake and eat it, too. If he used his “expert negotiating ability” to buy a $350 refrigerator for $200, he could raise the rent based only on that $200, not on the $350 sticker price “a normal person” would pay, Mr. Walter explained….As Robert Trump acknowledged in his deposition, “The higher the markup would be, the higher the rent that might be charged.”

State records show that after All County’s creation, the Trumps got approval to raise rents on thousands of apartments by claiming more than $30 million in major capital improvements. Tenants repeatedly protested the increases, almost always to no avail, the records show.

In a nutshell, then:

I doubt there’s any proof that Donald Trump had any knowledge of this. But it’s inconceivable that he didn’t. By 1992 he was running the Trump Organization almost completely even if he didn’t own it. He knew exactly what was going on, and his bankruptcy gave him a huge motivation to set up schemes like this:

“All of this smells like a crime,” said Adam S. Kaufmann, a former chief of investigations for the Manhattan district attorney’s office….Mr. Kaufmann said the Trumps’ use of All County would have warranted investigation for defrauding tenants, tax fraud and filing false documents.

Ladies and gentlemen, this is your president of the United States. Makes you proud, doesn’t it?

POSTSCRIPT: Are you curious about how the Times found out about this scam? It was only because his sister referenced All County on a disclosure form when she became a federal judge. That was it. If not for that, nobody would ever have known about any of this.