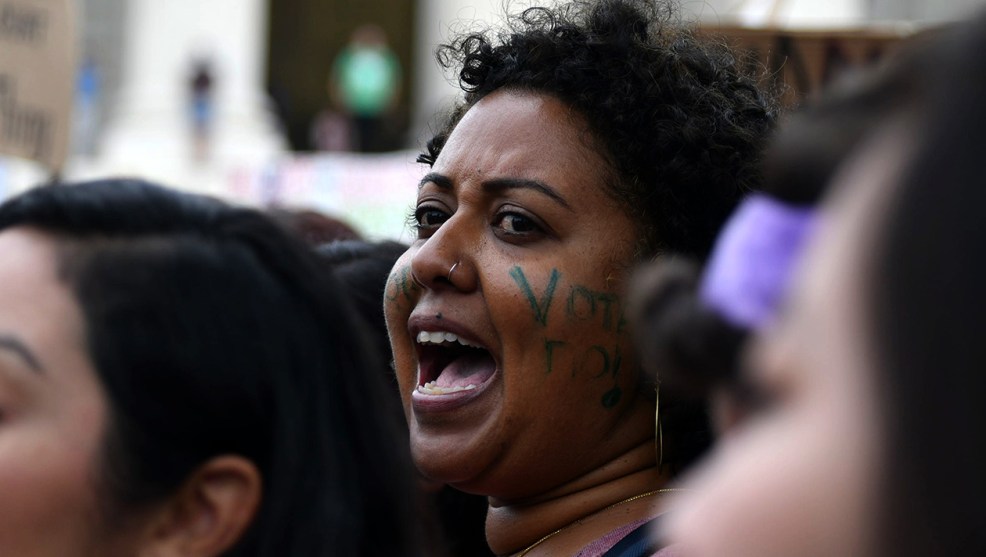 Both sides in the Kavanaugh affair would like to think that it’s going to motivate their base to turn out at a higher rate than the opposition’s base. I get that. But this from Peter Kirsanow is ridiculous:

Because of my daily radio commentaries in the Cleveland market, listeners frequently contact me with their observations on the passing scene. Many have expressed revulsion at the behavior of Democrats and mainstream media (but I repeat myself) during the Kavanaugh saga. Some of the listeners are black, and more than a few are done with Democrats.

Of course, these are mere anecdotes, but recent polling shows President Trump’s approval rating among blacks increasing dramatically. Consider: Trump got 8% of the black vote in 2016 (about standard for GOP presidential candidates). A year later, notwithstanding the avalanche of hysterical accusations of racism and white supremacy, his approval rating doubled to 18%. Today his approval rating ranges between 31-36%. That doesn’t precisely translate into a similar percentage of black votes for Trump or Republicans, but it’s a blaring alarm to Democrats who depend on getting 90% + of the black vote just to be competitive.

As you can probably guess, it’s not true that a third of African-Americans approve of President Trump. The 36 percent number that Kirsanow cites comes—surprise!—from a Rasmussen poll, which might as well be conducted at a GOP convention in Wyoming for all that they’re worth anything. Everyone knows this. The real number for black approval of Trump is in the neighborhood of 10 percent.

On the list of things that ought to be analyzed as clear-headedly as possible, polls are right on top. One of the dumbest things you can do is to twist poll numbers around to convince yourself of things that are manifestly not true. It doesn’t change the facts on the ground, and it doesn’t help you to win elections.

So why bother with this nonsense? Do conservatives actually believe this stuff? Or do they know better, but think it motivates their base to hear things like this? It’s a mystery.