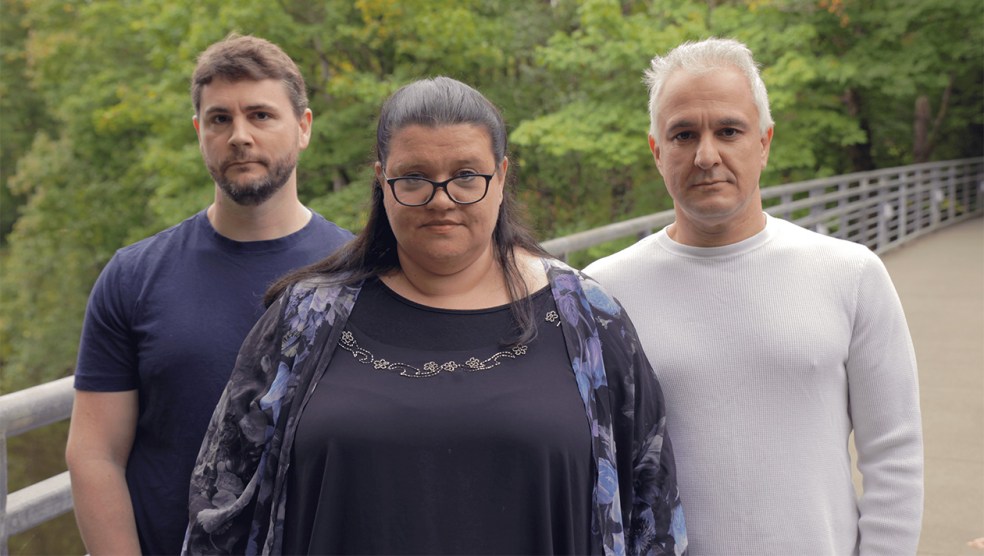 The hoaxsters, from left: James Lindsay, an author with a PhD in math and a background in physics; Helen Pluckrose, a medievalist and editor-in-chief of Areo; and Peter Boghossian, a professor of philosophy at Portland State University.Areo Magazine

Remember the Sokal hoax? In 1996, Alan Sokal, a physics professor at NYU, wrote a nonsense paper called “Transgressing the Boundaries: Towards a Transformative Hermeneutics of Quantum Gravity,” and got it published in Social Text, a leading journal of cultural studies. This produced a flutter of argument about whether Sokal had really proven anything or not, and was then quickly forgotten.

Last year, a team of three academics decided that the reason Sokal had been so quickly forgotten was because he wrote only one paper. After all, you can always dismiss one bad paper as a minor problem of quality control and then move on. So they embarked on a more extensive hoax: they immersed themselves in the postmodern cultural studies literature and started cranking out paper after paper. Here’s their explanation of their method, published yesterday in Areo:

Our paper-writing methodology always followed a specific pattern: it started with an idea that spoke to our epistemological or ethical concerns with the field and then sought to bend the existing scholarship to support it. The goal was always to use what the existing literature offered to get some little bit of lunacy or depravity to be acceptable at the highest levels of intellectual respectability within the field.

….Sometimes we just thought a nutty or inhumane idea up and ran with it. What if we write a paper saying we should train men like we do dogs—to prevent rape culture? Hence came the “Dog Park” paper. What if we write a paper claiming that when a guy privately masturbates while thinking about a woman (without her consent—in fact, without her ever finding out about it) that he’s committing sexual violence against her? That gave us the “Masturbation” paper. What if we argue that the reason superintelligent AI is potentially dangerous is because it is being programmed to be masculinist and imperialist using Mary Shelley’s Frankenstein and Lacanian psychoanalysis? That’s our “Feminist AI” paper.

In all, they produced 20 papers in about a year. Seven of them were accepted for publication, while the rest ended up being retired because they hadn’t been accepted by the time their hoax was uncovered. The authors estimate that if they had run their experiment to completion, they could have gotten about a dozen of the papers accepted at widely respected journals. So what does the cultural studies field think about all this? Kieran Healey offers a few comments on Twitter:

—The writeup is bad. They elide what was published and rejected; fields/journals rejecting everything with those that accepted; they select the most polite comments rejection reviews; there’s no systematic overview (e.g. a table, the full reviews) summarizing what happened. 2/n

—A tremendous amount of garbage gets published regardless of method because a) It’s hard to do good work, and b) There’s tremendous pressure to publish. This means lots of stuff ends up in print anyway, even if it’s dull, stupid, boring, or wrong. This is not a surprise. 3/n

—Reviews of several Pluckrose et al papers were partly conditional on claims to have done some sort of actual (very bad) fieldwork. Again, we already know all kinds of crap is published because people are willing to put a thumb on the scales, or just make up results. 5/n

—Stuff published in not merely “ranked” but elite philosophy journals argues seriously for outlandish ideas like how there are no objects, or wonders whether there are holes, or denies that time passes, etc, etc. I wonder why this sort of work seems exempt to “hoaxing”, hm? 7/n

I’m disappointed to see this. There are, naturally, criticisms to be made of this particular hoax. But the fact remains that:

The targets of the hoax were gender studies, masculinities studies, queer studies, sexuality studies, psychoanalysis, critical race theory, critical whiteness theory, fat studies, sociology, and educational philosophy. Minor criticisms aside, the authors have made it clear that there’s really something wrong in these fields—which they unfortunately label “grievance studies”—and it’s not just that their leading journals have low standards. The problem is with the fields themselves, which plainly have academic standards that are subordinated to producing the “right” answer. But even at that, the authors urge the rest of us not to take this too far:

We managed to get seven shoddy, absurd, unethical and politically-biased papers into respectable journals in the fields of grievance studies. Does this show that academia is corrupt? Absolutely not. Does it show that all scholars and reviewers in humanities fields which study gender, race, sexuality and weight are corrupt? No. To claim either of those things would be to both overstate the significance of this project and miss its point. Some people will do this, and we would ask them not to. The majority of scholarship is sound and peer review is rigorous and it produces knowledge which benefits society.

To get a better sense of what the authors accomplished, you need to click the link and read the whole thing. It will take you about an hour, I’m afraid. But it’s the only way to see just how absurd their papers were and how blindly receptive some of the reviewers were to even the dumbest ideas. Like the authors, my main complaint with the cultural studies field has always been simple: this is important stuff, and it deserves rigorous scholarship. But it’s not getting it. It’s not just that lots of papers in the field are forgettable—that’s common everywhere—but that so many of them are simply drivel.

Even the craziest-sounding subject can be worth investigating, but only if it’s done with real scholarship and real creativity. Instead, we’re getting lots of lazy nonsense designed to get hosannas from fellows in the field. So what’s the answer? Nothing from someone like me—with no PhD, no expertise, and no connections—will have any impact. It’s those who are outside these fields but still close to them—and who perform real scholarship themselves—who need to accept what this hoax shows and help lead a cleanup of a badly polluted area of the academy. Unfortunately, what we’re probably going to get is (a) a number of knee-jerk defenses because it’s not worth getting all these folks mad at you, and (b) the usual crew of right-wingers saying “See?” That will allow the whole affair to be forgotten in short order, and that’s the worst possible outcome.