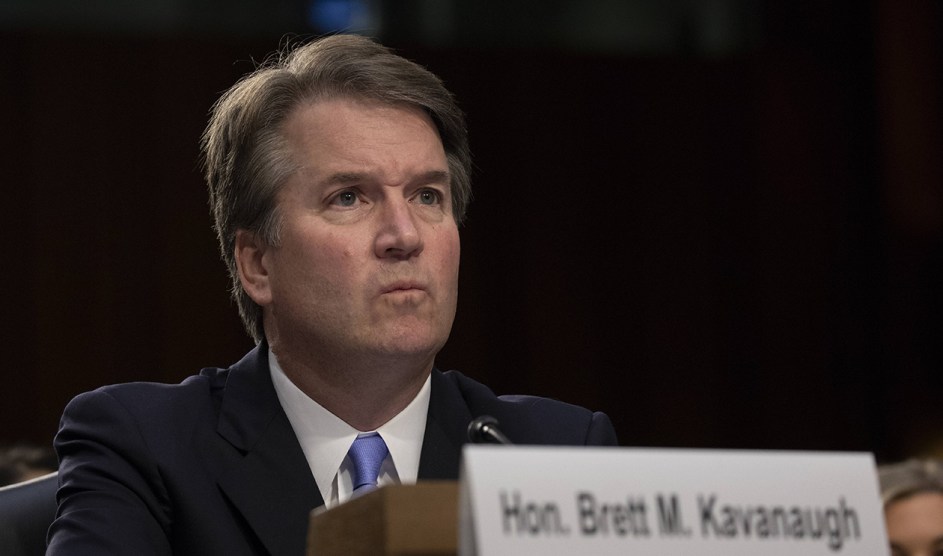 This is what Brett Kavanaugh has looked like most of the day.Alex Edelman/CNP via ZUMA

This has been a weirdly rushed day for me. I had the whole 5-hour infusion thing going, which slows me down to begin with, but then I decided to produce a whole bunch of charts about the auto industry for no particular reason, and that took a bunch of time. I finally finished, and then decided to write a long post about different measures of inflation. Why? I’ll explain in the next post. But it took forever, and I kept making mistakes, and by the time the infusion was done and I’d had lunch I still wasn’t done. So I plodded along after I got home and finally finished the damn thing around 3 pm.

In the meantime, I don’t really know what’s going on in the rest of the world. People are still blabbing about the anonymous op-ed, which I don’t really care about since it’s kind of a publicity stunt and doesn’t tell us anything we didn’t know before. And I really don’t care who wrote it.¹ Come on, folks.

So that leaves Brett Kavanaugh. Tell me if I have this right: Democrats are doing a pretty good job of going after him and leaving an impressive amount of chaos in their wake, and Kavanaugh is mostly responding like a deer in headlights. This is pretty interesting, but it also doesn’t matter. Unless Kavanaugh turns out to be the Zodiac Killer, Republicans are going to confirm him and that’s that—even if they have to keep half his career hidden from view in order to pull it off. Democrats can squawk and complain all they want, but in the end Kavanaugh will be a conservative Supreme Court justice who will probably serve for 30 or 40 years. Nothing else matters.

So now I’ll go ahead and write the post I was planning to write about wage growth over the past year. Believe me, you will be so fascinated you’ll barely be able to remove your eyeballs from your screen. It’s coming up soon.

¹Unless it turns out to have been written by someone really high up. That would be super interesting. Maybe Vladimir Putin can tell us?