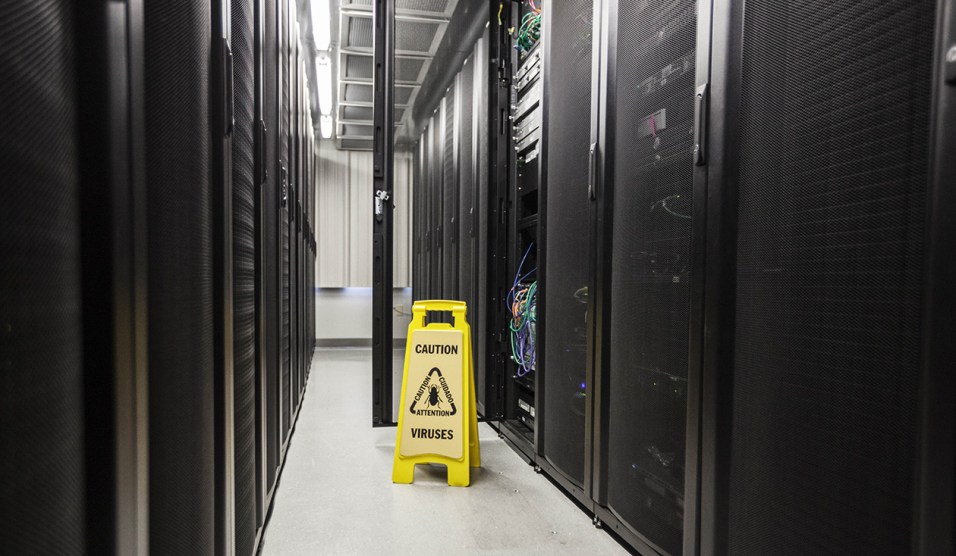 If this is just a black box, you're doing it wrong.Mint Images via ZUMA

The service sector is the prime driver of the US economy these days, and its productivity growth is pretty meager. Why? Brad DeLong recommends an article by Michael van Biema and Bruce Greenwald that was written in 1997: “I thought it was coherent and might well be right 20 years ago. I think it is coherent and might possibly be right today.” I agree, though my interpretation is a bit of a hop and a jump from what van Biema and Greenwald actually say:

There are a number of current explanations for why productivity growth has stalled in the service sector. A common one is that the issue is simply a matter of measurement….A second common explanation for the lag in the service sector’s productivity growth is that since the 1970s, manufacturing workers, faced with the threat of losing their jobs to low-wage employees overseas, have learned to work harder and smarter, but service workers, who typically have much less exposure to global competitive pressure, have not….A third and mind-numbingly familiar explanation is that output in the service sector is far below its potential because of a number of macroeconomic factors.

….A radically different view will be presented here. We will contend that the problem is not a lack of resources; rather, it is that service sector companies operate below their potential and increasingly fail to take advantage of the widely available skills, machines, and technologies. The main reason the service sector has not reached its total potential output is management. If managers were focused energetically and intelligently on putting the existing technologies, labor force, and capital stock to work, rapid productivity growth would follow. To be sure, the management challenges are more severe in the service sector than in the manufacturing sector. However, the high productivity levels attained by leading-edge service companies indicate that attention from management can result in vastly improved performance throughout the service economy.

The authors go on to explain in some detail why poor management is likely to be the reason that so many service-sector companies perform weakly, and I kind of agree. But I’d put it more bluntly: unless they’re forced to at the point of a metaphorical gun—as so many manufacturing managers were in the 70s and 80s—service-sector managers are lazy. But they’re lazy in a very specific way: they don’t really understand technology; they don’t want to understand technology; and they refuse to bother making their underlings understand technology. They much prefer to do all they stuff they enjoy doing instead: schmoozing customers, holding meetings, reading and writing reports, and so on.

As near as I can tell, this hasn’t changed much in the past 20 years, and it’s surprisingly true even in tech companies themselves. Compared to a bank manager, managers at, say, Facebook, are much more likely to understand (and enjoy) technology that’s consumer facing, but they still don’t care much about the technology behind logistics and marketing and operations. It’s just too boring. And so they leave money on the table. But so does everyone else, so hardly anyone notices since plenty of cash is rolling in anyway.

This needs to change. In the same way that successful companies in the 50s benefited from rigorous old-school management techniques that needed to be daily routines, successful companies today need to really, truly, and rigorously insist that everyone from the vice presidents down understands and uses the best possible technology. Stop complaining that it’s boring. Stop complaining that it’s hard to use. Stop complaining that typing is hard because of your arthritis or whatever your excuse of the week is. If you’re not spending ten hours out of every week deeply engaged with other managers and lower-level workers about the technology that runs your company and how to make it better, then you’re probably wasting your time. Most of you probably spend more time understanding your latest favorite videogame or internet chatroom than you do on the technology that your entire company sits on top of.

Good technology, diligently and rigorously applied, is what differentiates companies today. Use it. Hire only people who are willing to use it. And fire anyone who won’t.