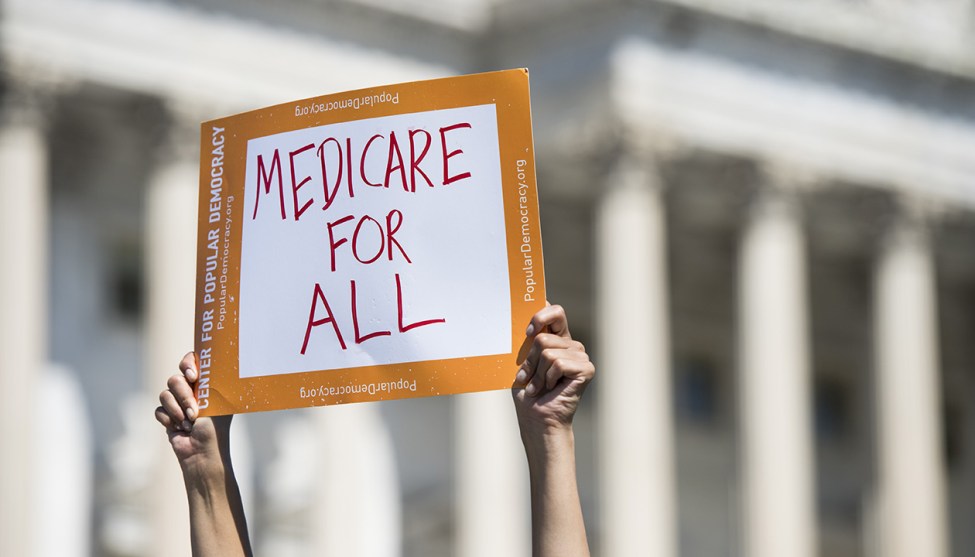 Glenn Kessler demonstrates the limitations of fact checking today. The question is: Does Bernie Sanders’ Medicare For All plan save money or cost money? Answer: it does both. According to a new Mercatus study, it would reduce the total cost of health care by about $2 trillion over the next decade. But since the federal government would be paying for it all, it would raise federal health care spending by $32 trillion over ten years. Given this, Kessler chides liberals for “cherry picking” the $2 trillion savings number when they tout this report.

This is ridiculous. Any national health care plan will raise federal spending considerably. It will also raise taxes considerably to pay for it, so the net cost to the federal budget is roughly zero. In return, patients and corporations no longer have to pay premiums or copays or out-of-pocket costs to insurance companies, so the net cost to individuals is, again, roughly zero. All of this is fundamental to any national health care plan. We can argue on the margins about whether the net costs are truly zero or just close to zero, but that’s about it.

So where’s the cherry picking? The Sanders plan will reduce overall costs $2 trillion. It will raise federal taxes by $32 trillion over ten years, but “to the extent that the cost of M4A is financed by new payroll taxes, premium collections, or other revenue increases, the net effect on the federal budget deficit would be substantially less.”

Indeed. If we assume that taxes will rise to make up for reduced premiums/copays/etc., the effect on the federal budget is a wash. If we assume that all of Sanders’ assumptions are correct—in particular that doctors will be paid at Medicare rates—overall health care spending will go down $2 trillion. On the other hand, if we assume Sanders is wrong and doctors will end up being paid more than Medicare rates, then overall spending will go up about $5 trillion.

Bottom line: The effect of Sanders’ plan on the federal deficit is, currently, unknown. The effect on the total cost of health care could be either -$2 trillion or +$5 trillion depending on whether you accept that M4A will do what it says and pay doctors at Medicare rates. That’s the whole report.

And yet touting the -$2 trillion number is “cherry picking” and rates three pinocchios. Give me a break.