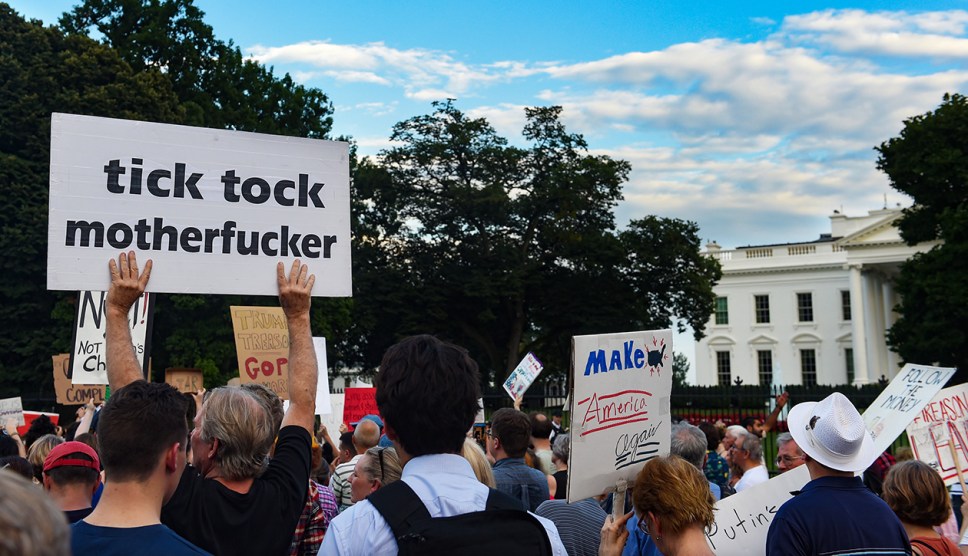 This report from the New York Times is getting a lot of attention tonight:

Two weeks before his inauguration, Donald J. Trump was shown highly classified intelligence indicating that President Vladimir V. Putin of Russia had personally ordered complex cyberattacks to sway the 2016 American election. The evidence included texts and emails from Russian military officers and information gleaned from a top-secret source close to Mr. Putin, who had described to the C.I.A. how the Kremlin decided to execute its campaign of hacking and disinformation.

Long before he was inaugurated, it was widely reported that Trump received classified briefings about the Russian cyberattacks. But it wasn’t reported that certain parts of the briefings were based on a top-secret source close to Putin:

Ultimately, several human sources had confirmed Mr. Putin’s own role. That included one particularly valuable source, who was considered so sensitive that Mr. Brennan had declined to refer to it in any way in the Presidential Daily Brief during the final months of the Obama administration, as the Russia investigation intensified. Instead, to keep the information from being shared widely, Mr. Brennan sent reports from the source to Mr. Obama and a small group of top national security aides in a separate, white envelope to assure its security.

But wait. After a year and a half of keeping the existence of this super sensitive source closely held, why make it public now?

I’d speculate the intel sources here reasonably concluded that Trump has already burned their sources and methods to Putin.

The American intelligence community has been on edge over Trump practically from the start. But after Helsinki their hair must be on fire. This is basically a declaration of war against Trump, a public accusation that he’s known all along Putin ordered the election interference. One way or another, this is not going to end well.