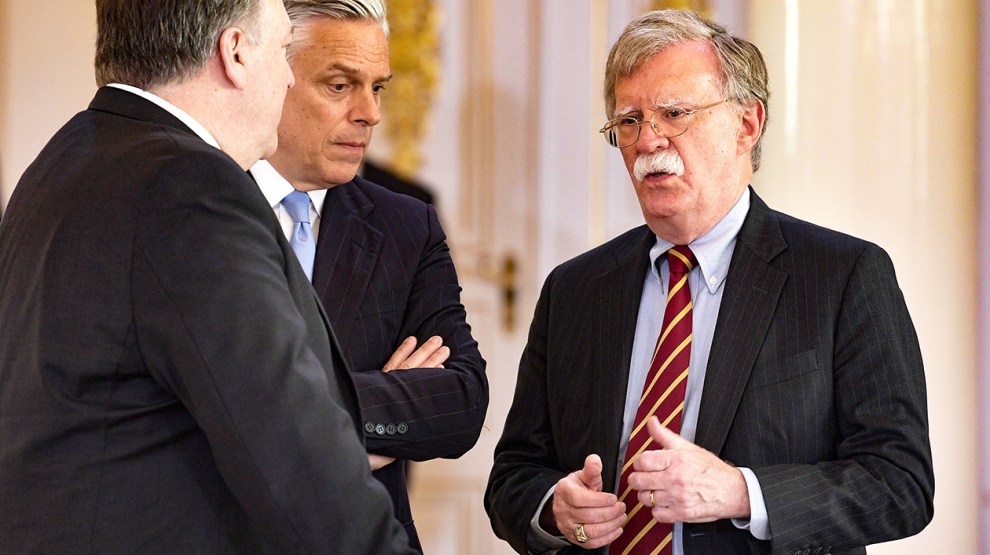 Like everybody else in the country, David Frum is disturbed that Donald Trump met with Vladimir Putin alone for two hours:

Typically—in fact, almost invariably—the national-security adviser joins the president’s meetings with foreign leaders, especially adversarial ones. You may remember the famous picture of President Nixon talking for the first time with Chairman Mao. In the wider-angle image, Henry Kissinger shows up just outside the close-up frame. Or think of President Reagan and Mikhail Gorbachev in Iceland, chatting informally on a red couch—and surrounded by note takers, cabinet secretaries, and senior aides.

It’s highly disturbing that Trump would exclude his own national-security adviser from his conversations with Putin. The exclusion bespeaks a lack of presidential confidence in his closest foreign-policy aide. For Bolton to acquiesce is equally disturbing: It suggests overeagerness to hold on to a high office whose functions he is not trusted to perform.

Yeah. I mean, I wouldn’t trust Bolton either, but I didn’t hire him as my National Security Adviser.

But what I’m really more disturbed about is this: has Trump told anyone what he talked to Putin about? Is Bolton still in the dark? Coats? Pompeo? Mattis? Haspel? Huntsman? Pence? Kelly? Nakasone? Anyone?

I don’t have anything sophisticated and nuanced to say about this except that it’s fucking nuts. I suppose the best possible option is that this is just Trump doing his reality-show suspense thing, and nothing really happened. But everything goes straight downhill from there.