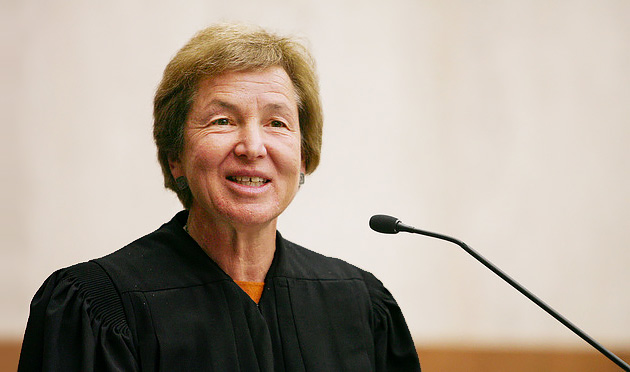 Last year, a couple of Democratic donors and a former mid-level staffer for the DNC filed a longshot suit against Roger Stone and the Trump campaign. They alleged that the Trump campaign had colluded with Russia to hack the DNC email server and publish the hacked material on Wikileaks. As a result, some of their personal information became public and caused them personal hardship: Social Security numbers were disclosed, they became targets of identity theft, family relationships were strained when one of them was outed as gay, etc. All of this led to “anxiety and distress.”

This was never likely to go anywhere and was barely even reported at the time. It had nothing to do with any Democratic Party organization. It was just three guys who filed a suit. Unsurprisingly, on Friday the suit was dismissed on technical grounds:

U.S. District Court Judge Ellen Huvelle said in a ruling Tuesday evening that the suit’s efforts to tie the Trump campaign and Stone’s alleged actions to the nation’s capital were too flimsy for the case to proceed in a Washington, D.C., court….But Huvelle made clear that her decision was a technical one based on issues of legal jurisdiction and was not a definitive ruling on allegations that the Trump campaign struck an illicit deal with the Russians during the presidential contest.

“It bears emphasizing that this Court’s ruling is not based on a finding that there was no collusion between defendants and Russia during the 2016 presidential election,” Huvelle wrote. “This is the wrong forum for plaintiffs’ lawsuit. The Court takes no position on the merits of plaintiffs’ claims.“

So that’s that. It was a nothingburger case and the judge made no substantive ruling. Naturally that didn’t stop President Trump, who must have heard about it on Fox & Friends or something:

Just won lawsuit filed by the DNC and a bunch of Democrat crazies trying to claim the Trump Campaign (and others), colluded with Russia. They haven’t figured out that this was an excuse for them losing the election!

Trump didn’t win anything. The suit was not filed by the DNC. There was no ruling one way or the other about collusion with Russia. His entire tweet is a lie from beginning to end. As usual.