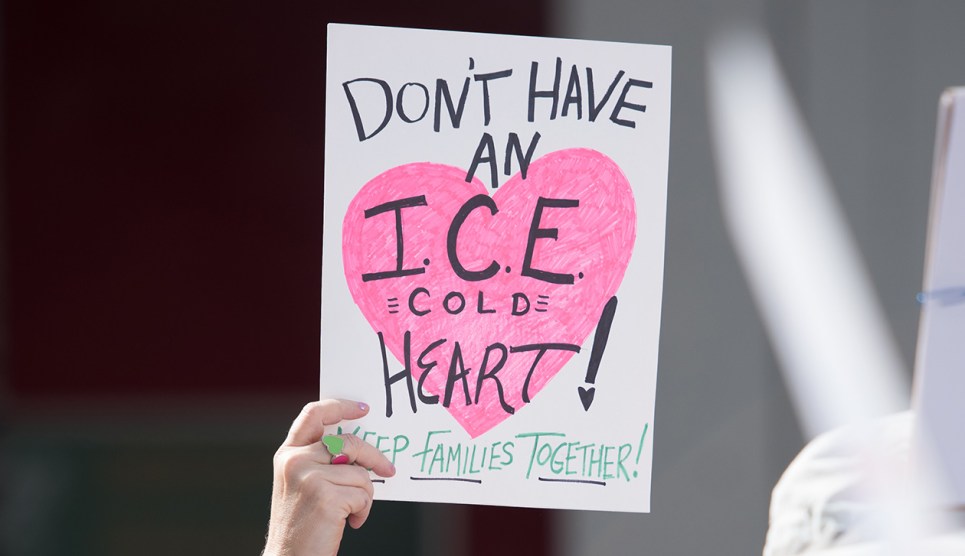 Customs and Border Protection is in charge of apprehending undocumented immigrants within 100 miles of the border. ICE does the same thing for the interior of the country. But ICE is actually two agencies: the Enforcement and Removal Operations division, or ERO, and Homeland Security Investigations, or HSI. In a sign of just how widely hated ICE is these days, even HSI wants nothing to do with them:

A majority of ICE’s top criminal investigation agents are asking Homeland Security Secretary Kirstjen Nielsen to spin their division off from the agency.

….In a letter sent last week, 19 special agents in charge at ICE’s Homeland Security Investigations unit said that ICE’s controversial detention and deportation policies have made it hard for them to conduct investigations into threats to national security, organized crime, narcotics smuggling and human trafficking….They also wrote that “the perception of HSI’s investigative independence is unnecessarily impacted by the political nature” of ICE’s immigration enforcement. “Many jurisdictions continue to refuse to work with HSI because of a perceived linkage to the politics of civil immigration.”

More from the LA Times:

On a recent morning, fugitive operations teams with ERO fanned throughout the Los Angeles area, searching for “criminal aliens, illegal re-entrants and immigration fugitives.” When the agents stopped for coffee at a Starbucks in Huntington Park, they noted that the negative opinion of the agency had recently intensified.

“Even the cops don’t like us anymore because they’re listening to the news also,” said one agent, who did not want his name included. “ ‘Oh you guys are just separating families.’ ” As the agents prepared to leave, a Huntington Park police car pulled into the parking lot. Someone had probably seen the agents, Marin said, and called the police.