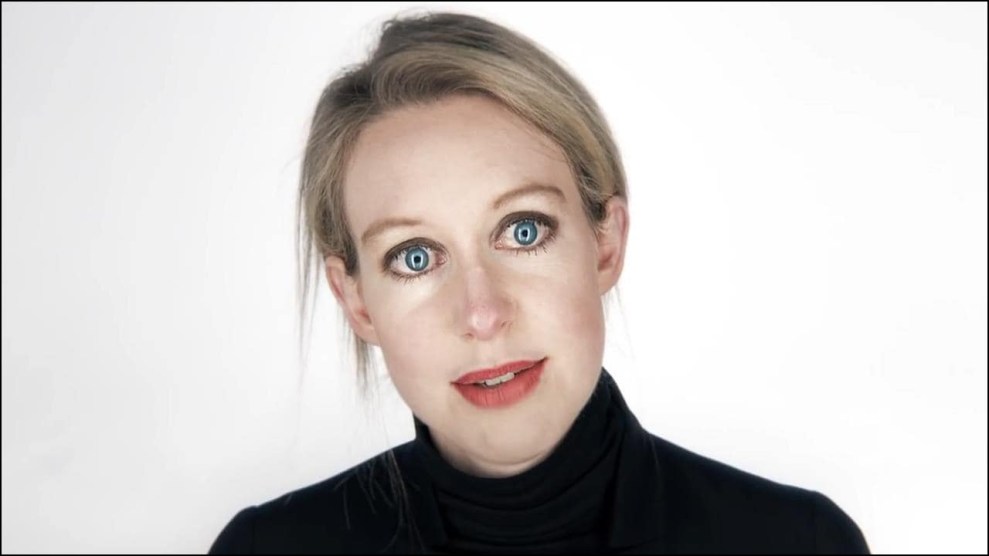 Elizabeth Holmes and her "big blue unblinking eyes" as photographed by Martin Schoeller for the Theranos website.Theranos Inc.

I have an ongoing joke about how I’m full of great ideas but no one ever listens to me. Like, teleportation would be great! Why won’t the scientists listen to me and invent it? Do I have to do everything around here?

Yeah, it’s lame. But I’m now reading Bad Blood: Secrets and Lies in a Silicon Valley Startup, by John Carreyrou. He’s the Wall Street Journal reporter who started exposing Silicon Valley darling Theranos as a fraud a few years ago, and the book is…

…just astounding. From reading Carreyrou’s Journal pieces, I thought I more or less knew the Theranos story. But no. It’s basically a real-life version of my joke. Elizabeth Holmes had an idea: wouldn’t it be great if we could do hundreds of blood tests with just a tiny thumb prick of blood? And that was it. She was a freshman chemical engineering major who dropped out of Stanford and had no idea how to do this. She literally had nothing. She just thought it was a good idea. Based on that, she was able to raise millions of dollars and hire hundreds of people to see if they could bring her idea to life.

They couldn’t. It was sort of like someone saying, wouldn’t it be great if we could cure diabetes? It sure would! Now go invent something that does it.

But as bizarre as this sounds, that was Theranos. And even more bizarrely, it’s not even the weirdest thing about the whole story. For starters, Elizabeth Holmes, who was 22 when she started the company, literally sounds like a modern-day Svengali. She simply stared at people earnestly with her “big blue unblinking eyes” and they were mesmerized into giving her money and letting her do anything she wanted with it.

If you’re looking for something to take your mind off the current political horrors, I really recommend this book. It is far more fascinating than I expected.