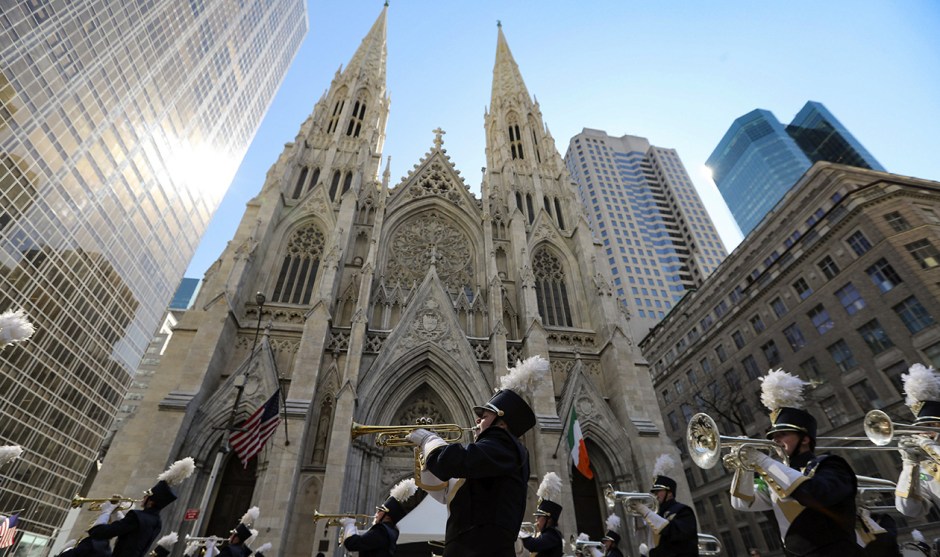 Nice church you have there. Does the archbishop have his own parking space? He does? The IRS will be in touch.Xinhua via ZUMA

Now here’s a sentence I’ll bet no one ever expected to read:

Republicans have quietly imposed a new tax on churches, synagogues and other nonprofits, a little-noticed and surprising change that could cost some groups tens of thousands of dollars.

Say what? Well, as you may recall, last year’s Republican tax cut on corporations and millionaires was actually considerably higher than the $1.5 trillion they budgeted, so they had to increase a bunch of other taxes to bring it in line. One of the ways they did that was to end tax breaks for fringe benefits. The problem is that churches don’t pay taxes. You can’t remove a tax break churches weren’t getting in the first place, so instead they simply imposed a brand new tax on fringe benefits for folks who work for churches. Politico explains further:

The main benefits affected are transportation-related, like free parking in a lot or a garage and subway and bus passes. It also targets meals provided to workers and, in some circumstances, may affect gym memberships….Churches and other groups want to know how they are supposed to go about calculating the value of things like parking spaces for employees. Some wonder if the garages provided as part of clergy residences are now taxable.

Evangelicals, like everyone else, are slowly learning that the Republican Party exists to serve the rich. If they can do stuff for their other constituencies, that’s great, but only if it doesn’t interfere with their primary mission. They’ll tax churches if that’s what it takes to balance their tax cut for the rich. They’ll ditch E-Verify if their business donors don’t like the idea of being prohibited from employing cheap undocumented workers. They’ll kill jobs in small companies that depend on cheap steel if that’s what it takes to provide big steel companies with profit-busting tariffs. They’ll blow away protections for pre-existing conditions if it will help big insurance companies and reduce Obamacare taxes on the rich.

Actually, though, I take that back: I doubt that evangelicals or anyone else are learning this. It’s been clear for decades and they still don’t seem to get it, after all. It’s amazing how long Republicans have been able to run this con.