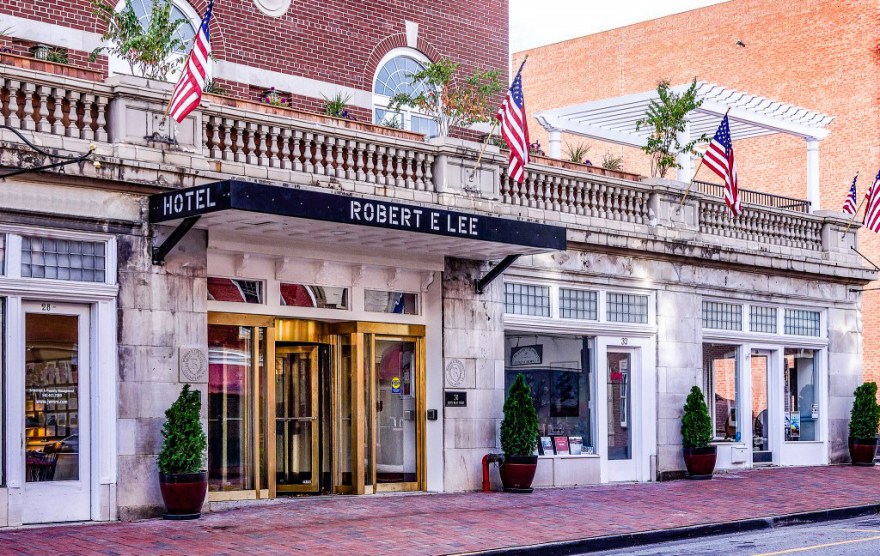 There are plenty of places to eat in Lexington, Sarah.Robert E. Lee Hotel

I’ve noticed an interesting patten that after particularly egregious moments of moral transgression by the Trump administration (Charlottesville, family-separation) there’s a brief, but intense media focus on why mobilization *against* these transgressions has Gone Too Far.

Quite so. If you’re old enough—or maybe just read a book or two—you’ll remember that efforts to peaceably enforce civil rights in the 50s and 60s were invariably met with brutal terrorism and massive resistance by white folks. Nevertheless, there was considerable attention paid to the grim possibility that blacks might overreact and thus ruin everything. Eventually, urban riots gave conservatives the excuse they needed to declare that, in fact, it really was blacks who were at fault and it was finally time to restore a little law and order.

The lesson here is that conservatives will pull this “liberals have gone too far” schtick no matter what, and there will always be a few pundits of various stripes who will go along with it. This time around all it took was a trivial slight from a tiny restaurant located in deepest Virginia a few hundred feet from—the Robert E. Lee Hotel and the Stonewall Jackson House. But yeah, it’s the liberals who are being horrible.

That said, I’d at least recommend that everyone keep their eye on the family-separation ball here. That’s what kicked this off, and that’s why the Trump administration deserves the thrashing it’s getting. Forget the mylar blankets and the tents and all that, which merely provide conservatives with an opportunity to point out that Obama did it too. Stick like glue to the deliberate policy of separating families. That’s the truly odious policy and the one that’s unique to Donald Trump’s sense of public cruelty as a governing philosophy.