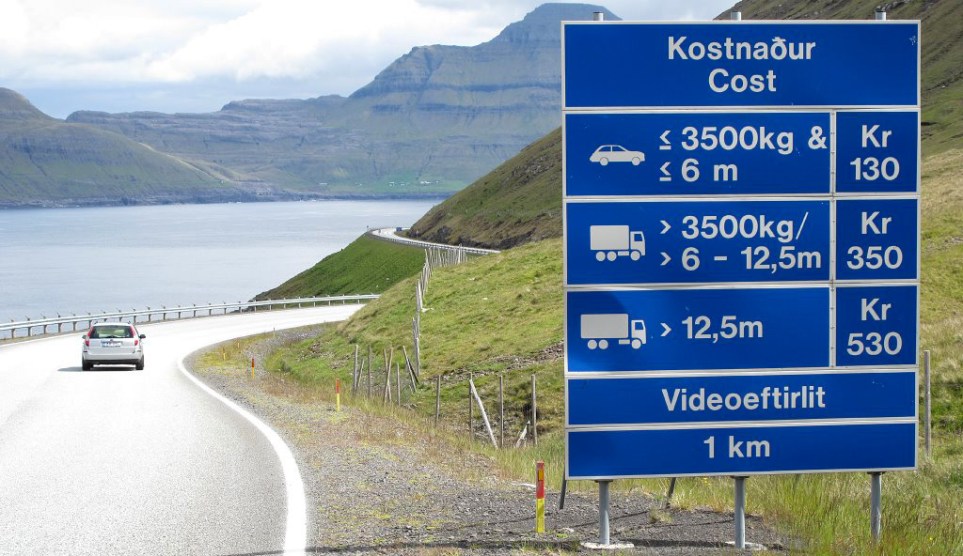 Yesterday I was directed to an article about the Faroe Islands, which have apparently been on a tunnel-building spree for years. Instead of taking ferries, you can now drive from island to island via tunnel, and the Faroese are quite taken with the whole idea.

The Vaga tunnel required more complicated engineering works than onshore frozen fish tunnels, but it was still surprisingly cheap and efficient to build. The government provided DKK 160 million ($20.3 million) in financing, while local banks provided the remaining DKK 140 million ($17.8 million), with the tunnel and roads used as their guarantee. “Many people thought that we were crazy when we started to build it, but it showed to be an extremely successful project,” recalled Magni. The tunnel provided a link between the airport and the rest of the island, which was particularly important for the export-oriented fishing industry. “The tunnel is one leg to the global world,” Danielsen described.

They built a two-mile tunnel for $40 million? Granted, it’s a fairly rudimentary tunnel, and it’s not like there are lots of utility lines to worry about, but still. That amount of money wouldn’t buy you the design work for a tunnel in the US, let alone the actual construction. What gives?

Whatever the answer, it strikes me that Elon Musk should offer his services to the Faroe Islands. He claims that he can bore tunnels super efficiently, and this would be a good chance to prove it. Can he build a tunnel even more cheaply than the Faroe Islanders can already do it? He should put his money where his mouth is and let us know if he can really do it.