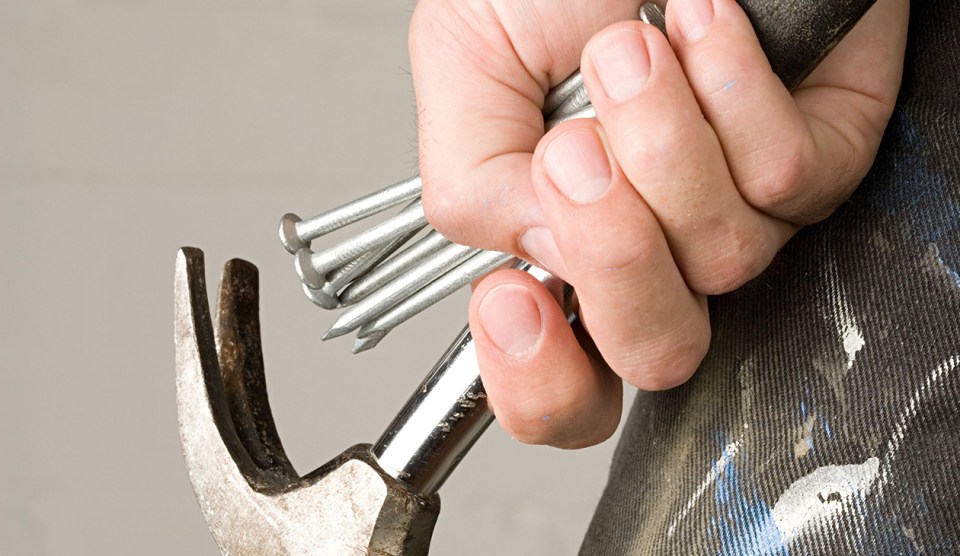 Where did these nails come from? Are they all-American nails from Poplar Bluff, Missouri? Or communist nails from mainland China?Image Source/ZUMAPRESS

Will the United States win its trade war with the rest of the world? Maybe, but there will be collateral damage in the meantime:

Mid-Continent Nail of Poplar Bluff, Mo., the largest U.S. nail manufacturer, cut 60 jobs on June 15 and plans to lay off an additional 200 workers in a few days, citing plummeting sales following the imposition of Trump’s metals tariffs….Mid-Continent Nail imports from Mexico most of the metal wire it uses to make nails. By driving up the company’s costs, Trump’s tariffs are making it nearly impossible for the 500-worker company to compete with cheap nails from China, [George Skarich, vice president of sales and marketing] said.

“The Chinese get a pass and we pay a price,” said Skarich. “Trump ran on jobs and making America great again, but he is making a decision that may help big steel, but it hurts downstream businesses like ours who employ a heck of a lot more people than steel does.”

“We didn’t see this coming,” says Skarich, echoing the words of farmers losing sales to Mexico, people in Kentucky losing access to Obamacare, working-class white folks losing their food stamps, and Harley-Davidson, which is moving some of its production offshore thanks to retaliation against Trump’s steel tariffs. And that’s just the start.

I’ll repeat my usual refrain here: Republicans can put a stop to this any time they want. But they won’t, even though they support free trade. This is how much they’re in thrall to Donald Trump. They won’t buck him even when (a) they disagree with him, (b) most of the public disagrees with him, and (c) his policies are causing pain to their own constituents. It kinda makes you wonder what the point of even having a Republican Party is these days.