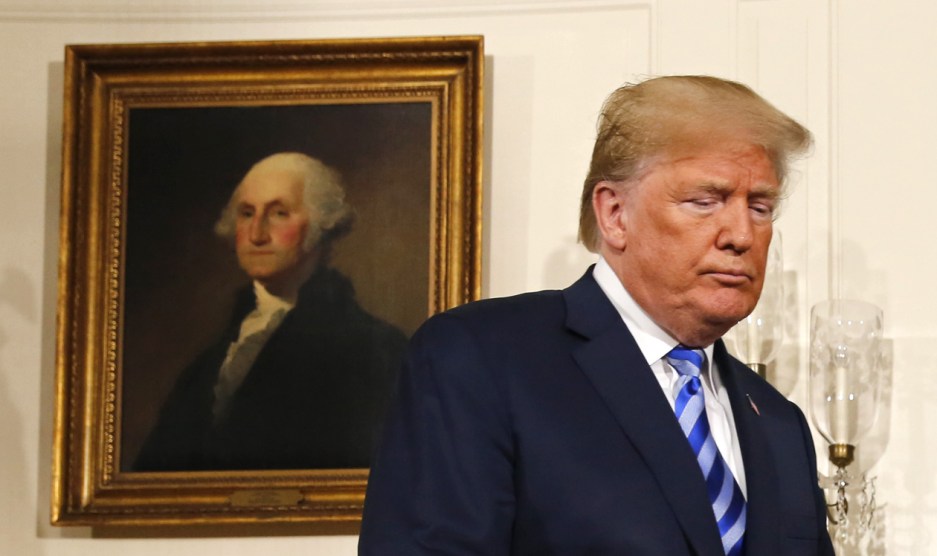 No, Donald, the father of our country is not pleased with you. Not pleased at all.Martin H. Simon/CNP via ZUMA

We all know that Donald Trump has a tortured relationship with the truth. What’s less remarked on is the fact that Trump has basically admitted over and over that he lies:

“People will just believe you. You just tell them and they believe you.”
To Billy Bush after Bush called him out for inflating his ratings.

“I could stand in the middle of 5th Avenue and shoot somebody and I wouldn’t lose voters.”
At a rally in Iowa.

“You know why I do it? I do it to discredit you all and demean you all so when you write negative stories about me, no one will believe you.”
To Lesley Stahl, explaining why he constantly attacks the press.

“I call it truthful hyperbole.”
From The Art of the Deal.

Trump told one ally this week that he wanted “to brand” the informant a “spy,” believing the more nefarious term would resonate more in the media and with the public.
Explaining why he falsely insisted that Stefan Halper was a “spy.”

“They may have been phony in the past, but it’s very real now.”
After his inauguration, admitting that he lied about unemployment figures.

There’s at least one quote I need to add to this list. Late in the campaign, I think, Trump admitted to a reporter that the whole “Mexico will pay for it” thing was solely about getting a rise out of his audience when his rallies flagged a bit. But I can’t find it. Maybe somebody else remembers this.