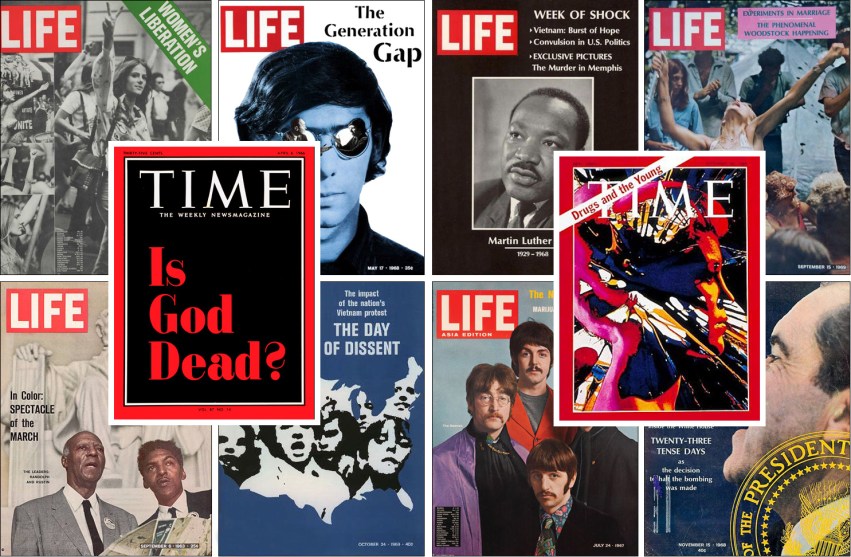 This is more or less what American politics is still about. But not for much longer.

How bad are things today? And by “things,” I mean Donald Trump.

Pretty bad. Trump is like a kid who finally gets to make his own dinner and decides to have chocolate pizza covered with marshmallows along with a chocolate shake and then some chocolate pudding for dessert. When it’s all over, we’re going to wake up with a bad stomach ache.

However, because I am who I am, I believe that Trump is an aberration, not a harbinger of the future. Liberalism tends to come in short spurts in America, followed by longer periods of conservatism as everyone takes a breather. The Obama presidency was a pretty modest contribution to liberalism, and I suspect that our breather will be fairly modest too.

This is all some throat clearing before I say that I’m happy to see that Ezra Klein is coming around on this too, for a related but distinct reason:

In White Rage, Carol Anderson reflects on the protests in Ferguson, Missouri, and the way the nation has always been transfixed by black rage, by images of “rampaging, burning, and looting.” But not all rage is so visually arresting….When President Franklin D. Roosevelt justified his abandonment of anti-lynching laws because, otherwise, the Southern Democrats who chaired powerful committees would “block every bill I ask Congress to pass,” he was genteelly operating within the customary boundaries of a transactional political system, but he was cooly rationalizing a morally gruesome choice.

….Thinking back on those eras is a reminder that, in America, periods of racial progress have always triggered periods of political instability. The Civil War is the most profound and bloody example but far from the only one. Richard Nixon, the last president to evince so little respect for constitutional norms, was also a “law and order” candidate who promised to represent a silent majority frustrated by rapid racial advancement and unnerved by black anger.

Viewed from this perspective, it is not surprising that the first African-American president was followed by a candidate like Trump, who promised to put the restoration of America’s dominant political majority above the niceties of normal politics, who is visibly enraged by Black Lives Matter protests and kneeling NFL players.

As always, I’d like to add one thing to this: even granting everything Klein says, Trump won only barely, and only thanks to a bizarre confluence of outside circumstances. It’s a huge mistake to ascribe too much historical importance to something that squeaked into existence by less than 1 percent of the vote in three states. Trump may be president, but not because America suddenly underwent a vast change of heart:

I wonder often about how this period in American life will look to future historians. One possibility that has been much discussed is that it will be seen as the dawn of America’s descent into illiberalism. But another possibility — one that’s less often considered — is that it will eventually look like the turbulence that has always accompanied racial progress in this country, and it will eventually be seen as modest compared to the upheavals of our past.

This depends, of course, on what happens next — on the judgment Americans render on Trump in 2020, on whether our political institutions or fundamental freedoms are weakened in the meantime, on the way we navigate the demographic turbulence already disrupting our politics. But America has absorbed worse than this into its story of progress. As Anderson says, we are an aspirational country, and the power of being an aspirational country comes in having something to live up to. Now it is our generation’s work to write the next chapter.

Quite so. Trump tells us far more about the Republican Party than he does about America. One man of Trump’s limited abilities is just not enough to change America’s destiny right now. Climate change is real. Demographic change is real. Artificial intelligence is real. Trump may be able to delay our reckoning with the future, but these are the things that are going to mold our next few decades no matter how much they frighten Trump’s base of white voters. Donald Trump, far from being the birth of something new, almost certainly represents the last gasp of the great cultural battle that began in the 1960s and is now, finally, almost exhausted. We have different fights ahead.