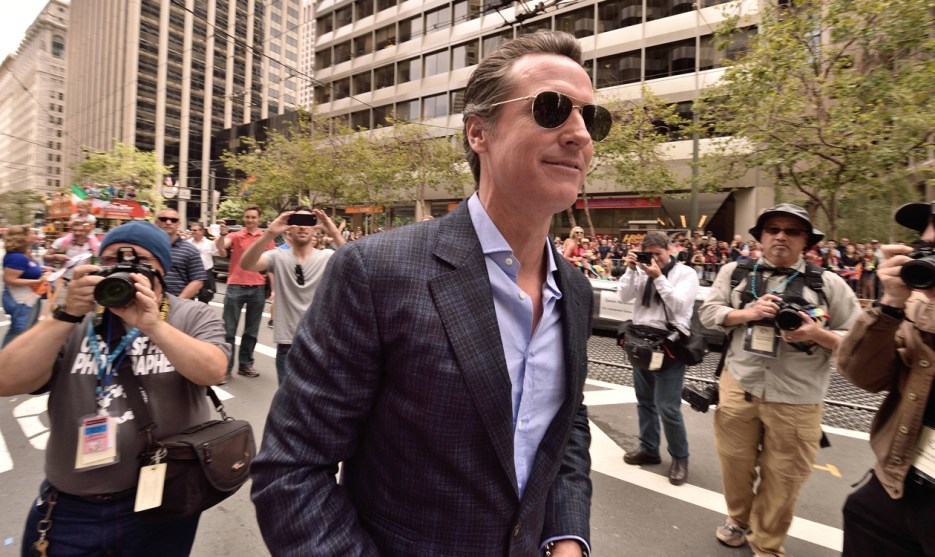 In an ad currently running on every TV in California, our well-coiffed lieutenant governor, Gavin Newsom, says he was “the first to take on the National Rifle Association and win.” This has unleashed a tsunami of tut-tutting, like today’s column in the LA Times from George Skelton:

You’ve got to wonder what goes through a candidate’s head when his first TV ad contains an indisputable, major falsehood. Maybe nothing goes through it….After Newsom’s TV ad was released April 23, it was assailed in several news media outlets. PolitiFact, a nonpartisan organization that referees political ads, rated Newsom’s claim of being the first to fight the NRA and win as “false.”

In case you’re wondering what’s going on, Newsom did indeed take on the NRA when he sponsored Prop 63 a few years ago. And he did indeed win. This is not a huge accomplishment here in Blue-State-istan, but he did do it. So what’s the fuss?

Well, he wasn’t “the first.” This cracks me up. If Newsom had acted like a Republican, he would have said that he crushed the NRA like an eggshell,¹ that his opponents were all pawns of Big Gun,² and that Californians were finally safe from gun violence.³ Everyone would figure that this was just the usual Republican pandering to the base and would have pretty much ignored it. But if a Democrat tells a teensy little fib, he’s suddenly unfit for office. I love politics.

²Every Democrat in the state supported it.