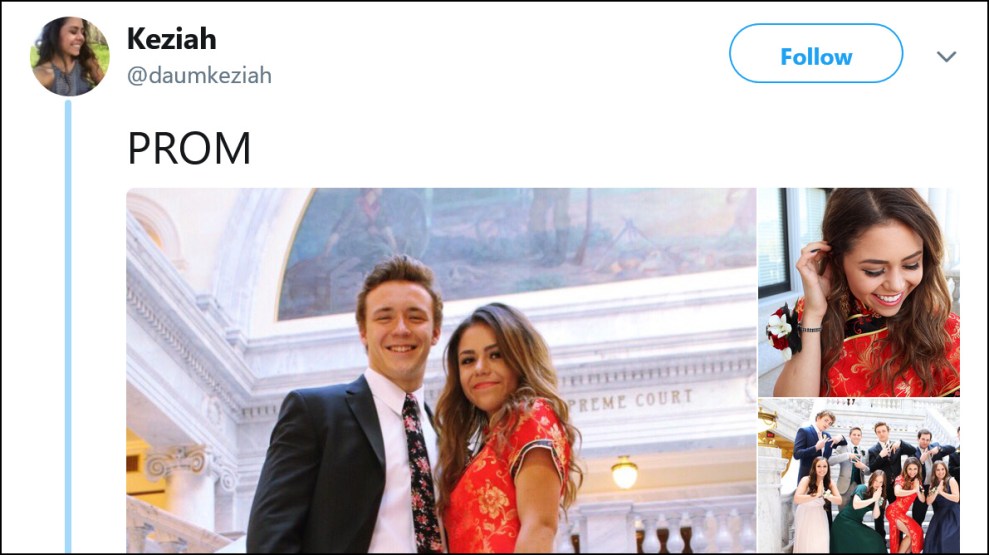 A few days ago a girl in Utah posted some pictures of her prom night on Twitter. She was wearing a red cheongsam, a traditional Chinese dress, that she had found at a vintage store in downtown Salt Lake City. Naturally, someone on Twitter had something to say about that:

“My culture is NOT your …. prom dress,” a man named Jeremy Lam tweeted days later, sharing the photos she posted. “I’m proud of my culture, including the extreme barriers marginalized people within that culture have had to overcome those obstacles,” Lam also wrote. “For it to simply be subject to American consumerism and cater to a white audience, is parallel to colonial ideology.”

This represents one of the big problems in America today. Not the dress, mind you. I’m not going to weigh in on that. The problem is that the Washington Post—among others—routinely turns trivial local stories into national news based on nothing more than a tweet that attracts the usual mob and then the usual counter-mob. The true story here is that one guy steeped in anti-colonialist theology got mad and pounded out a tweet. That’s it. The rest is inevitable because, you know, it’s Twitter. There’s always a mob willing to play follow-the-leader.

When this stuff becomes fodder for national news, it makes you believe that America is just a gigantic culture war playing out at all times. It’s not. At least, no more than it’s ever been. But social media makes it look a lot bigger than it is, and the national media plays along. Knock it off.