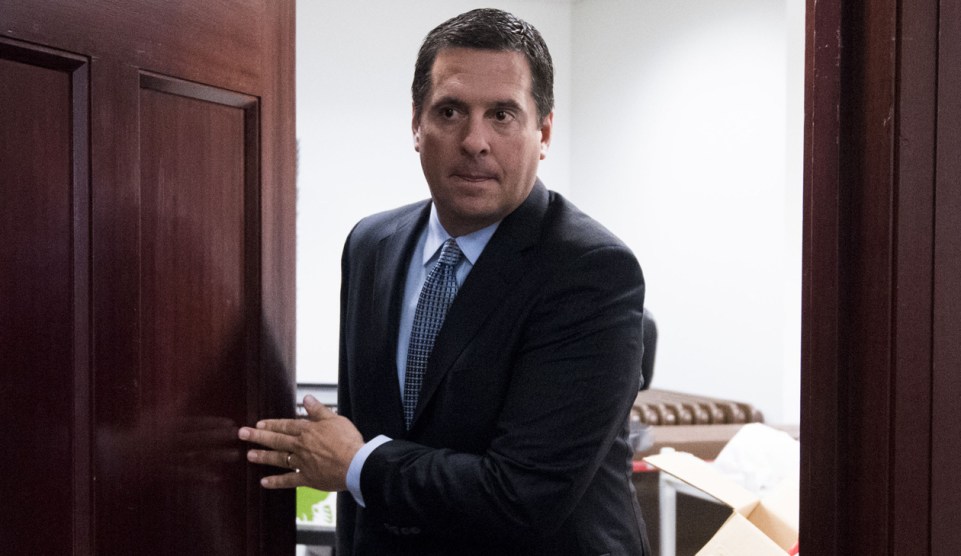 A week ago, Devin Nunes and a few other Republican attack dogs demanded that the Justice Department hand over copies of the notes that James Comey had made of his conversations with President Trump. Yesterday the notes were handed over, but they were simultaneously leaked to the Associated Press. Nancy LeTourneau wonders how that happened:

In the past, Nunes has used documents like these to cherry-pick the information he wants to release publicly. That is what we saw with the memo he wrote that was used to accuse the FBI of relying on the Steele dossier for their FISA warrant to surveil Carter Page.

It is unclear at this point whether their demand to have the Comey memos released to Congress was an attempt to do the same thing or whether it was simply a request that they thought Rosenstein would deny, providing an excuse for him to be fired. But based on what we now know about the memos, I doubt their intent was for these documents to become public, because they basically corroborate everything Comey has said at the exact same time that the former FBI director is traveling around the country to promote his book.

In other words, it looks like Rosenstein responded to their demands by not only releasing these memos to the congressional committees, but by allowing them to be released publicly. That cuts off either aim Trump’s enablers had in mind. They can’t hold him in contempt of Congress or impeach him for refusal to comply and they can’t cherry-pick what is released to the public.

Clever! Assuming that’s how it happened, of course. Maybe Nunes will now start a whole new investigation about how these memos leaked.