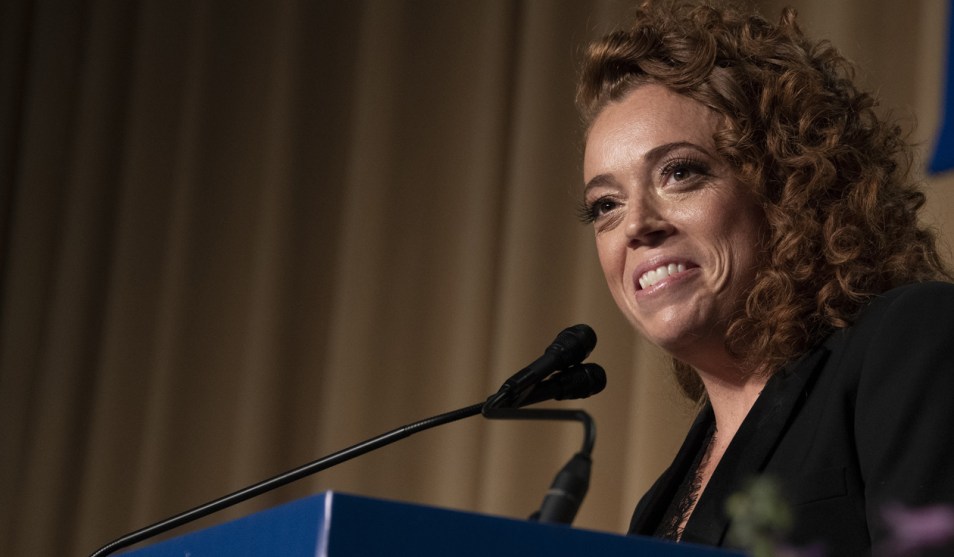 Calling for a tax hike on the rich of a trillion or two dollars just isn’t enough to get people’s attention these days. I guess that’s because my Twitter feed is still obsessed with various forms of outrage over Michelle Wolf’s comedy routine at the White House Correspondents’ Association dinner on Saturday. I didn’t watch it, and the usual conservative complaints that she “wasn’t funny” don’t interest me. They say the same thing every year. Besides, the real outrage is over Wolf’s treatment of Sarah Huckabee Sanders, who was sitting at the head table right next to her. Here is Wolf’s entire bit:

We are graced with Sarah’s presence tonight. I have to say I’m a little star-struck. I love you as Aunt Lydia in The Handmaid’s Tale. Mike Pence, if you haven’t seen it, you would love it.

Every time Sarah steps up to the podium I get excited, because I’m not really sure what we’re going to get — you know, a press briefing, a bunch of lies or divided into softball teams. “It’s shirts and skins, and this time don’t be such a little bitch, Jim Acosta!”

I actually really like Sarah. I think she’s very resourceful. She burns facts, and then she uses that ash to create a perfect smoky eye. Like maybe she’s born with it, maybe it’s lies. It’s probably lies.

I’ll skip over whether this was funny. It depends on your taste in comics, I suppose. And Wolf is right: Sanders really does lie a lot. A lot. So I can’t say that I personally care if she was offended. Plenty of people, however, thought Wolf’s bit was really rude, and the liberal response has generally been: Have you heard what Donald Trump says??? That’s a thousand times worse!

That’s not so hard, is it? Why do we pretend not to know it? We do this an awful lot, too. Maybe we need to get out more.