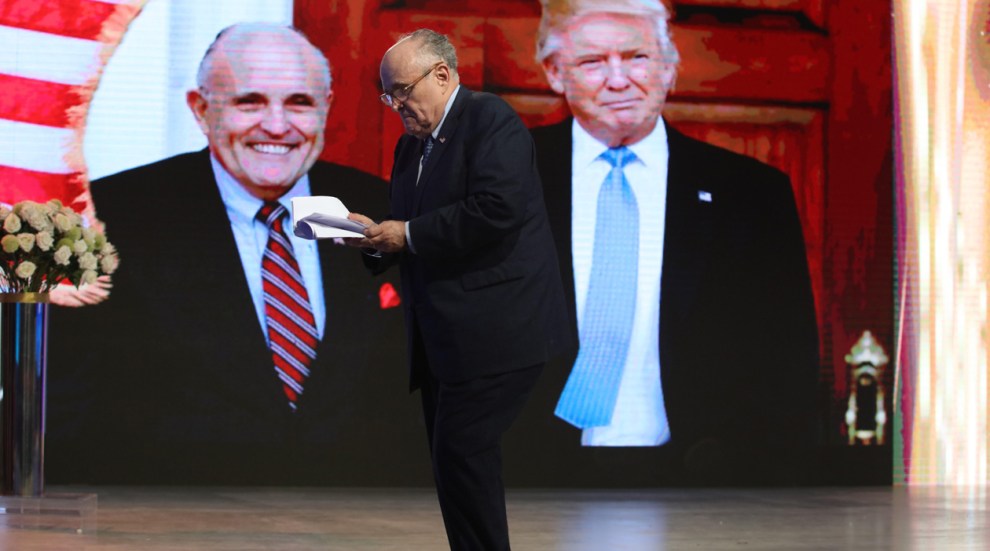 Donald Trump has had trouble finding any decent lawyers who are willing to work with him on the Russia probe, so he’s finally decided to let his pal Rudy Giuliani come on board. But what exactly is Giuliani’s role going to be? Here are three takes:

Wall Street Journal: In an interview, Mr. Giuliani, a former U.S. attorney for the Southern District of New York, said his first task after joining the team will be to “find out what Bob Mueller needs” to complete the investigation. “I’m pretty sure we can comply with it,” he said. Mr. Trump’s legal team has “worked so hard to get this done. Hopefully we can speed it up,” Mr. Giuliani said.

Washington Post: “I’m doing it because I hope we can negotiate an end to this for the good of the country and because I have high regard for the president and for Bob Mueller,” Giuliani said in an interview.

Giuliani wants to “quickly” resolve the investigation. He wants to “speed it up.” And he wants to “negotiate an end” to it. In other words, he’s less a lawyer than he is an ambassador to Robert Mueller. And apparently he thinks he can wrap things up in just a few weeks.