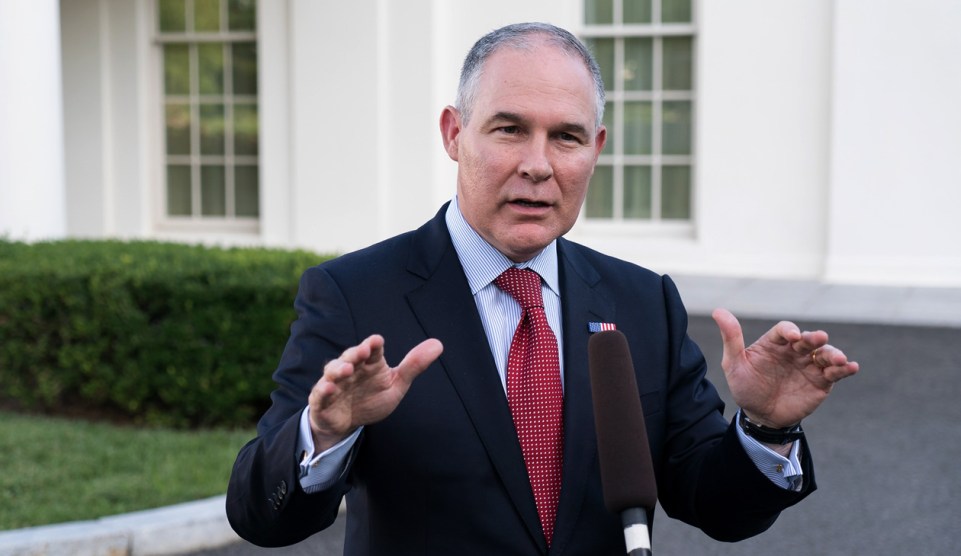 EPA administrator Scott Pruitt is quite the operator. He hired a couple of his close aides from Oklahoma, and then asked the White House for permission to give them big pay raises. He was turned down. So he gave them big raises anyway:

A provision of the Safe Drinking Water Act allows the EPA administrator to hire up to 30 people into the agency, without White House or congressional approval….After the White House rejected their request, Pruitt’s team studied the particulars of the Safe Drinking Water provision, according to the source with direct knowledge of these events. By reappointing Greenwalt and Hupp under this authority, they learned, Pruitt could exercise total control over their contracts and grant the raises on his own.

Pruitt ordered it done. Though Hupp and Greenwalt’s duties did not change, the agency began processing them for raises of $28,130 and $56,765, respectively, compared with their 2017 salaries. Less than two weeks after Pruitt had approached the White House, according to time-stamped Human Resources documents shared with The Atlantic, the paperwork was finished.

Pruitt may be one of Donald Trump’s favorites, but Trump does not like people going behind his back to do the kind of stuff that Trump himself does. Plus, this whole business with the $50/day apartment he scored from a lobbyist friend is looking worse and worse. Trump obviously doesn’t care that Pruitt is hellbent on wrecking the environment—it pisses off the liberals, so that’s fine—but one of these days Pruitt’s shenanigans are going end up on the cover of Time, and Trump will finally decide that he’s tired of being upstaged. That’s how you get fired in Trumpland.