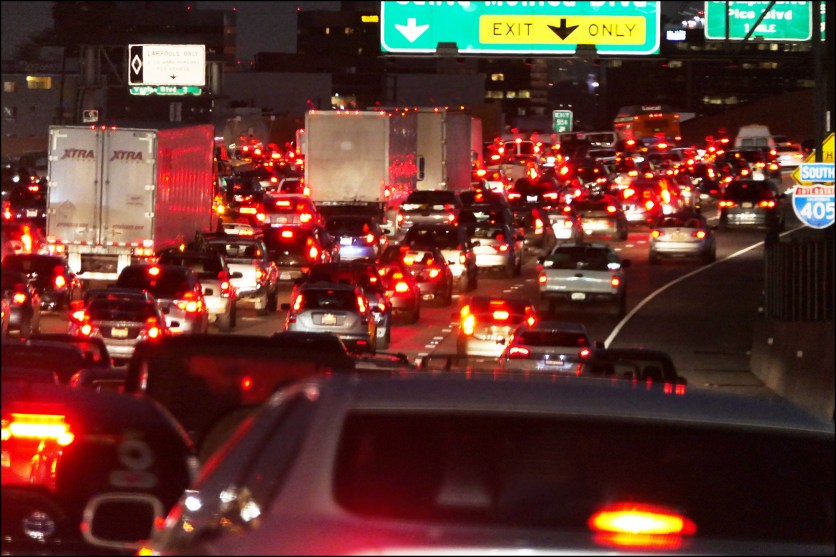 Is this the future of self-driving cars?

David Roberts writes that he doesn’t share the current disillusionment that autonomous vehicles might never become safe enough to navigate city streets. But there’s a second problem that he is worried about:

The other form of disillusionment has to do with a growing concern among urbanists that AVs will, by making personal-vehicle travel so much more convenient, induce more of it. They worry that AVs will increase vehicle miles traveled (VMT), further clogging America’s already congested city streets….In fact, I don’t think people are worrying about it enough. There are reasons to believe that any private autonomous vehicle industry will not just increase VMT, but will pursue more VMT aggressively.

Roberts spins this out into a Space Merchants-esque dystopia where cars are free but we’re forced to watch advertising at all times to pay for them. I dunno. If taxis could be paid for solely by advertising, I figure it would have happened by now. So color me skeptical about this scenario.

However, I don’t there’s any doubt that self-driving cars will increase the total amount of driving. Of course they will. There are plenty of trips I don’t take because I don’t feel like fighting the traffic or I just don’t feel like driving for an hour or two. But with my new robot car, why not? All I have to do is settle back into the La-Z-Boy installed in my vehicle and do whatever I was going to do anyway. Take a nap. Read a book. Surf the web. Write a blog post. Of course I’d drive more.

Self-driving cars will be coming to a garage near you within a few years, no matter how many people gloat whenever there’s a blip of bad news. So how do we keep travel from skyrocketing? The increased traffic from self-driving cars is a classic externality, and the usual solution to an externality is to charge for it. So what we probably need is a graduated mileage tax on autonomous vehicles. We have to do something to keep those robots in their place, after all.