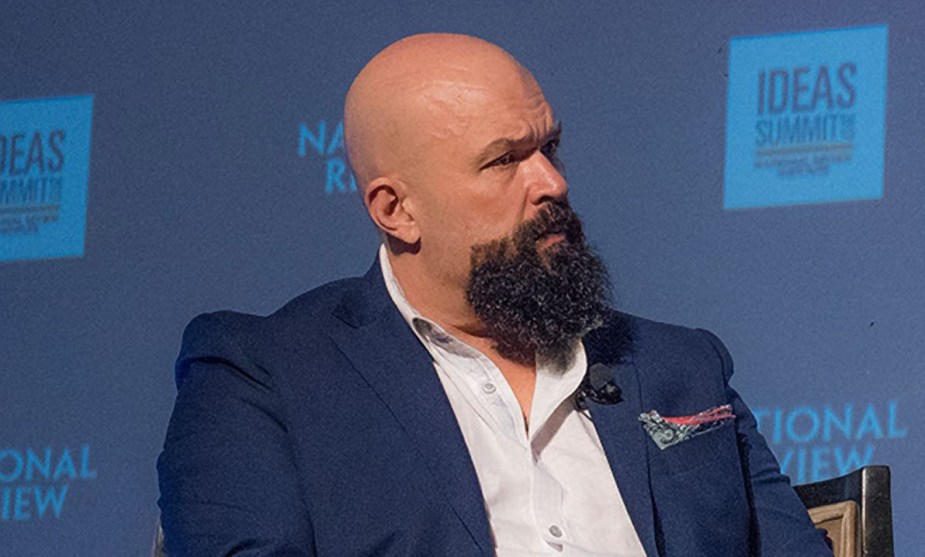 This whole Kevin Williamson thing is weird. You may recall that liberals are spitting mad that the Atlantic hired him recently for a forthcoming section dedicated to ideas, opinion, and commentary on their website, but as near as I can tell this contretemps has had exactly zero penetration into the outside world. I’ve written about it, Slate has written about it, the Prospect has written about it, and so forth. But no one who isn’t an obsessive political junkie has heard anything about this.

The other weird thing is that—again, as near as I can tell—the entire objection to his hiring continues to be based on precisely two things out of his ten-year writing career at National Review. The first is a tweet saying that abortion should be treated like any other homicide, and the second is a magazine piece he wrote in 2014 that started off with a racially clueless anecdote. I talked about both of them here.

I’ve been waiting around for another shoe to drop, but there’s been nothing so far. So is this really all there is? Lots of conservatives believe that abortion is murder. Williamson was willing to take this publicly to its logical endpoint—that women who get abortions should be prosecuted for murder one—but that act of folly is the only difference between him and every other right-wing pundit. As for the racial anecdote, it was pretty offensive. But it was mostly offensive in a clueless way, not a deep-seated racist way. And he hasn’t repeated either of these things in the past few years, so they really are isolated incidents. Hell, even I’ve written more than two things over the past decade that have pissed off both my editors and assorted lefties.

In any case, these are still the main charges on the bill of particulars against Williamson, but there’s only so long you can keep pounding away on just two things. So eventually, as these things do, the thrashing of Williamson morphed into a broader critique: namely that he’s just another white dude failing upward. If the Atlantic really wants diversity, why not hire a socialist woman? Or a Hispanic who supports Trump?

This is kind of tedious. Fair or not, one of the steppingstones to getting a plum writing gig is to be a provocative, engaging, stylish writer. Williamson is. If the Atlantic just wanted a conservative from National Review, they could have hired Ramesh Ponnuru or Reihan Salam. They’re more reliably conservative than Williamson and they aren’t white. Problem solved. Hell, Salam is already a contributing editor there, so obviously they like his writing. But the Atlantic nonetheless pursued Williamson for several months thanks to his sometimes unpredictable opinions and energetic prose style. There’s a pretty limited supply of people like that.

I wouldn’t care all that much about this except that it’s becoming a habit. Liberals went ape when the New York Times hired a Pulitzer-winning conservative columnist. It happened again when the Washington Post hired a libertarian. Also when the Times hired a queer, anarchist, female activist for its editorial page. And when MSNBC hired Hugh Hewitt for a weekend morning show. I suppose this all makes sense in a working-the-refs kind of way, but not in any other way. Are we really all going to keep getting outraged every time a conservative writer gets hired? That’s not a very good look, nor is it a very good use of our energy. I don’t think liberals are poorly represented in the pages of our biggest magazines and newspapers, after all.¹

What’s more, it’s obviously not doing any good. Lefties are making a fuss over Williamson, which is probably making life tough for both Williamson himself and the editor of the Atlantic, but that’s about it. No one outside the political magazine ghetto cares. And it’s probably a good thing, too. If it ever did make it into the mainstream, I’m pretty sure I know whose side the public would end up on.

¹Or in the Atlantic’s new ideas section, which appears to be starting off with four liberals and one conservative.