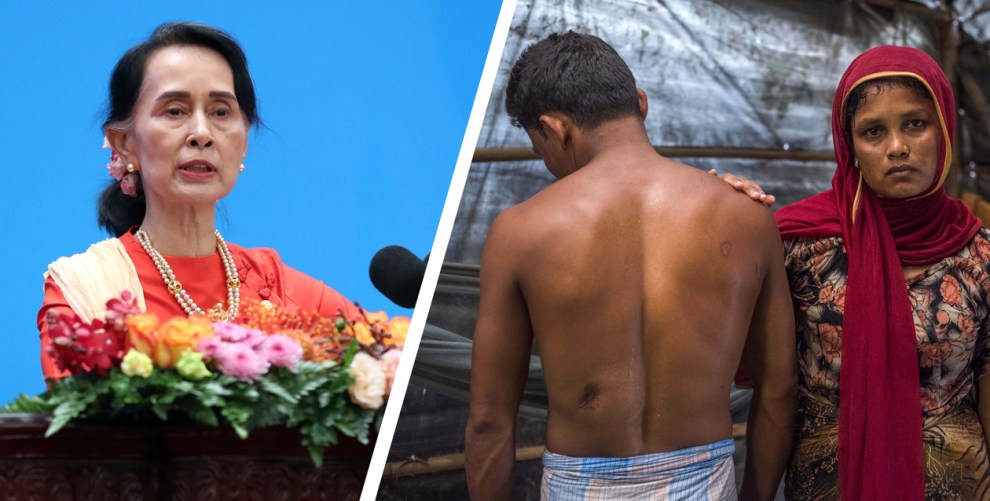 From the New York Times:

The United States Holocaust Memorial Museum has revoked a prestigious human rights award it had given to the Nobel laureate Daw Aung San Suu Kyi, now Myanmar’s civilian leader, faulting her for failing to halt or even acknowledge the ethnic cleansing of her country’s Rohingya Muslim minority….The award, according to the museum, is given annually “to an internationally prominent individual whose actions have advanced the Museum’s vision of a world where people confront hatred, prevent genocide and promote human dignity.”

Aung San Suu Kyi is the civilian leader of Burma, otherwise known as “Myanmar.” In concert with Buddhist nationalists, the Burmese military has carried out an “ethnic cleansing” of the Rohingya minority, in the west of the country. What has been done to these people staggers the imagination: mass murder, mass rape, the full range of human savagery. In recent days, Burma has been busily trying to cover up the crime: bulldozing the villages where Rohingyas once lived. All the while, the great Aung San Suu Kyi has been indifferent to this, making excuses, issuing denials, and appalling her many admirers around the world.

This is an object lesson: The fact that you are persecuted doesn’t automatically mean you’re a good person. It just means you’re persecuted.