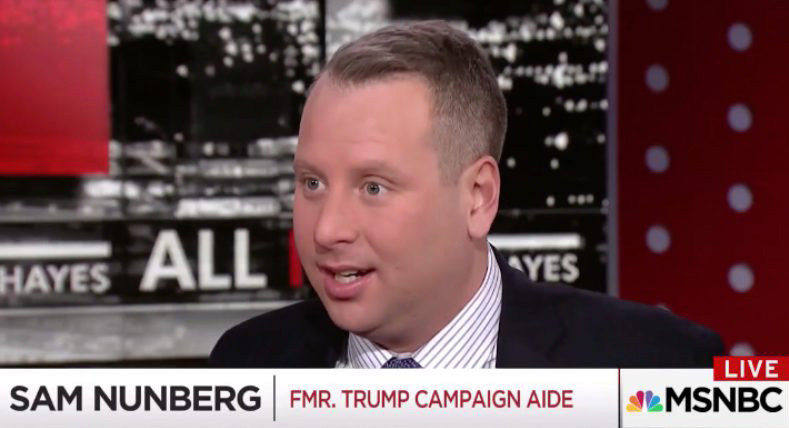 So: Sam Nunberg. Remember him? He was a young Trump aide for a while, but he got fired after someone wrote a bad magazine profile and Nunberg got the blame. He was quickly rehired, but shortly after Trump announced his presidential campaign Business Insider reported that Nunberg had a history of making racist social media attacks—like calling President Obama a “Socialist Marxist Islamo Fascist Nazi Appeaser.” So he was fired again.

Fast forward to the present, and special prosecutor Robert Mueller has subpoenaed Nunberg to (a) testify in the Trump-Russia probe and (b) turn over all documents related to a wide range of Trumpworld players. Today Nunberg went crazy, appearing on every TV show he could find to announce that he was going to ignore the subpoena and Mueller should just arrest him if he wanted to. This would be peculiar behavior for anyone, but it’s especially peculiar for Nunberg, since he’s a lawyer and knows perfectly well he has no legal leg to stand on. So what’s going on?

Presumably Nunberg doesn’t want to go to jail. Presumably he also knows that Mueller is a serious guy who will, in fact, throw him in jail for contempt if he has to. He must think that, somehow, this public display of defiance will turn out for the best. What could be going through his head?

It’s all very strange. So far this a Twitter and cable news phenomenon, getting only modest coverage elsewhere. But what happens next?

UPDATE: Nunberg has suddenly changed his mind and says he’s probably “going to end up cooperating” with Mueller. The currently favored theory on Twitter is that Nunberg was drunk this morning and is only now sobering up.