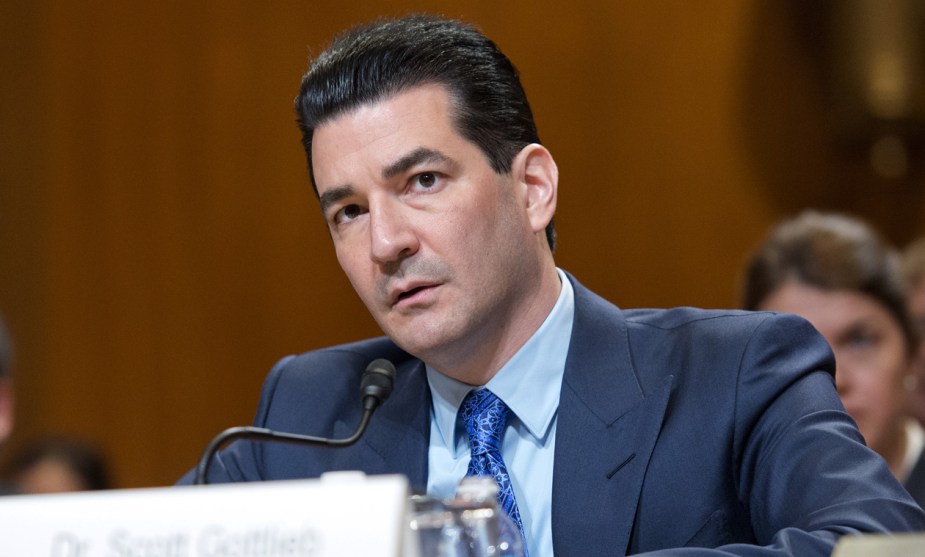 Scott Gottlieb, commissioner of the FDA, spoke today to a meeting of the insurance industry’s main lobbying group. He basically accused them of conspiring to keep prices high on expensive biosimilar drugs:

Too often, we see situations where consolidated firms — the PBMs,¹ the distributors, and the drug stores — team up with payors [i.e., insurance companies]. They use their individual market power to effectively split some of the monopoly rents with large manufacturers and other intermediaries rather than passing on the saving garnered from competition to patients and employers….And so, we continue to see a backlash against these Kabuki drug-pricing constructs — constructs that obscure profit taking across the supply chain that drives up costs; that expose consumers to high out of pocket spending; and that actively discourage competition.

Patients shouldn’t be penalized by their biology if they need a drug that isn’t on formulary….After all, what’s the point of a big co-pay on a costly cancer drug? Is a patient really in a position to make an economically-based decision? Is the co-pay going to discourage overutilization? Is someone in this situation voluntary seeking chemo? Of course not. Yet the big co-pay or rebate on the costly drug can help offset insurers’ payments to the pharmacy, and reduce average insurance premiums. But sick people aren’t supposed to be subsidizing the healthy. That’s exactly the opposite of what most people thought they were buying when the bought into the notion of having insurance.

….Patient access to these innovations will depend on reforms that require every incumbent in the drug supply chain to take greater restraint for putting patients at the heart of their decision-making process….We’re not there today. Instead, we have a lot of finger pointing that ignores shared complicity for pricing practices that are eroding trust in both payors and innovators. I hope that you’ll act before that trust is eroded completely.

Good for Gottlieb. Pharmacy benefit managers were originally a good idea intended to truly manage the complicated business of negotiating drug prices. As usual, though, things got out of hand when everyone realized they could be used to enrich themselves instead. These days they accomplish little except to make the entire procurement process so opaque that no one can reasonably figure out what the real cost of a drug is. That’s good for just about everyone except patients.

And since consolidation is one of my bugbears, it’s worth noting Gottlieb’s raw data: “The top three PBMs control more than two-thirds of the market; the top three wholesalers more than 80%; and the top five pharmacies more than 50%.” In the past, the mere fact of market power this strong would have been enough to spur antitrust action. But after the Bork revolution, size didn’t matter. What mattered was whether big companies could argue that bigness was good for consumers. Needless to say, big companies are very, very good at making this argument, and so antitrust actions have dwindled to a trickle. It’s long past time for a counter-revolution that returns us to the era in which consolidation beyond a certain size is ipso facto a reason for antitrust action.