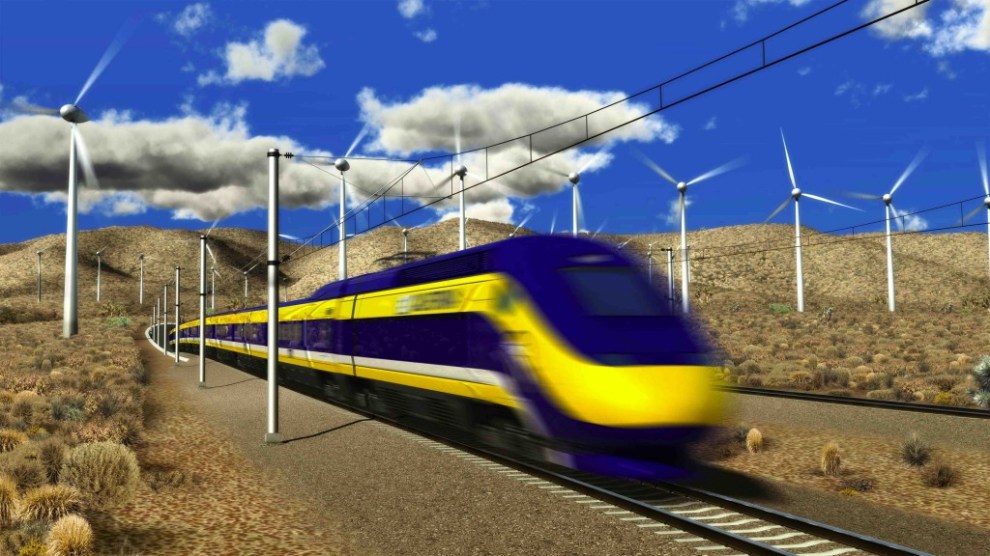 Every time I think I’m out, they pull me back in:

The California bullet train will have another slow segment of track as part of a new cost-savings measure, state rail authority documents reveal….The system would operate between San Jose and Gilroy at 110 mph on ground-level tracks on or adjacent to an existing right of way owned by Union Pacific. The route would make 32 highway crossings, requiring sophisticated barrier gates and sharing a corridor that carries freight and commuter rail.

The ballot measure that approved the bullet train mandated that it make the run from Los Angeles to San Francisco in 2 hours and 40 minutes. This requires an average speed of about 160 mph. The train’s top speed is allegedly 220 mph, but when you add in stops and slowdowns the average goes down. So are we still planning on a 2:40 trip time?

The decision is the third compromise the rail authority has made for money or politics that would create slower sections of track, each incrementally adding travel time to an alternative form of transportation promised to link Los Angeles and San Francisco in less than three hours….In total, there are about 91 miles of rail above ground that involve shared track or right of way that will restrict speeds to about 110 mph. Even that speed is questionable.

….Outside rail experts say it is improbable that the rail would ever meet the 2 hour 40 minute trip time in actual operations. In the business plan’s supporting documents, the rail authority lists a timetable “example” that shows the fastest full-length trip would be 3 hours and 30 minutes. Trains with more stops would take 4 hours and 5 minutes.

The problem here is obvious: the door-to-door travel time by plane from LA to the Bay Area is about 3-4 hours. If the bullet train can’t beat that, it loses a huge draw—and that in turn means the ridership estimates are even more of a fantasy than they already are. This is why lots of liberal transit experts—the kind of people who are generally huge fans of high-speed rail—opposed the bullet train in the first place.