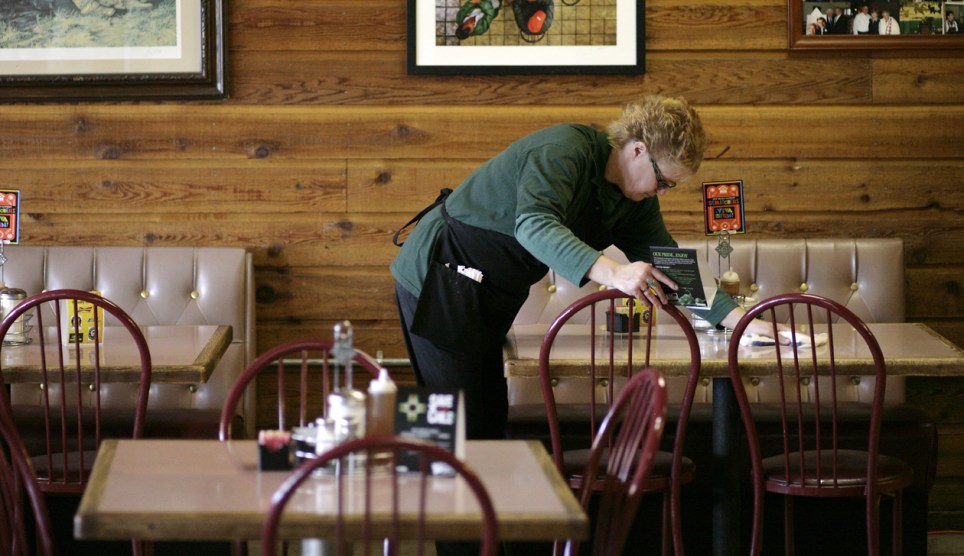 A few years ago, the Obama administration issued a rule saying that if a restaurant owner collected tips and put them in a pool, all the money had to go back to the wait staff. This rule is currently being litigated on the grounds that it exceeds the power of the Department of Labor, and maybe that’s true. But the Trump administration wasn’t happy with just that. They wanted to repeal and replace the rule, but they also wanted to retain their populist street cred. So they commissioned a study to show that the Obama rule wasn’t necessary anyway since tips would all be distributed to workers regardless.

Now, common sense tells you this is very, very unlikely. The new rule doesn’t forbid employers from skimming money off the top of the pool,¹ and human nature being what it is, this means that some employers will. Not everybody has a heart of gold, after all. And sure enough, that’s what the study concluded. Here is Bloomberg Law:

Senior department political officials—faced with a government analysis showing that workers could lose billions of dollars in tips as a result of the proposal—ordered staff to revise the data methodology to lessen the expected impact, several of the sources said….Later calculations showed progressively reduced tip losses….[Officials] wound up receiving approval from the White House to publish a proposal Dec. 5 that removed the economic transfer data altogether, the sources said.

….Former career and political officials at the DOL and the White House Office of Management and Budget, joined by business and employee-side regulatory attorneys, all told Bloomberg Law that scrapping a completed analysis from a significant proposal would mark a troubling departure from the government’s mission. Agencies and OMB are expected to ensure that all available data are brought to bear during notice-and-comment rulemaking, the sources said. White House Office of Management and Budget’s regulatory review staff was familiar with the data, before the proposed rule was released, sources said. It’s not clear whether OMB Director Mick Mulvaney approved the deletion of the numbers.

In a nutshell: they did the study; it produced results they didn’t like; so they covered up the study. Anyone who wants to comment on the new rule will have to do so without access to the Department of Labor’s own analysis.

Welcome to the Trump administration, ladies and gentlemen.

¹Via “administrative fees,” “management share,” “first aid trust fund,” or just plain taking the money and not bothering with any kind of official excuse. For what it’s worth, EPI estimates that workers would lose about $6 billion under the new rule.