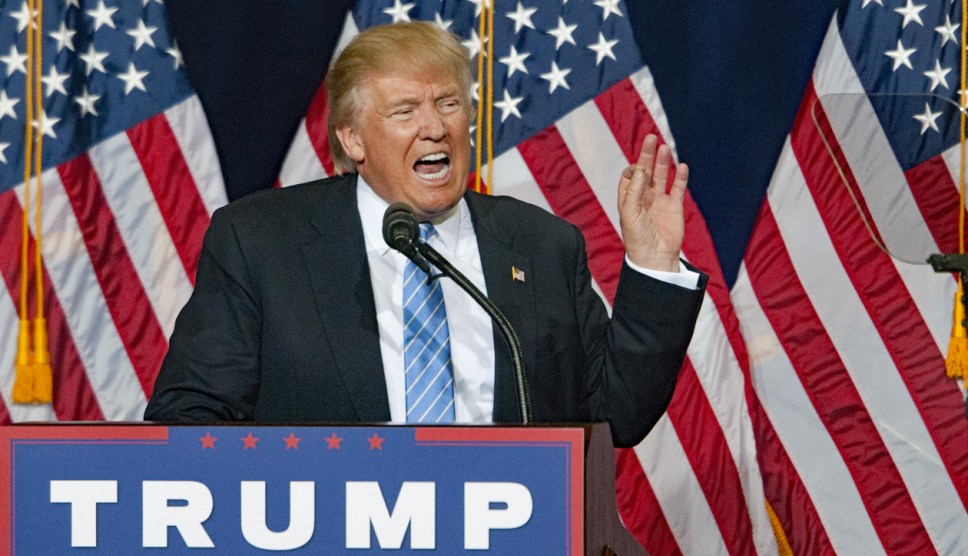 At a rally today in Ohio, President Trump said that Democrats who didn’t clap at his State of the Union address were treasonous. Over at National Review, Dan McLaughlin comments:

If you watch the actual video, you can see the flippancy here. Trump is plainly not being serious about treason — he’s playing this for laughs, and getting them — and liberals going to DEFCON 1 as if he is yet again proving how little interest they have in distinguishing between tyranny and mere boorishness. The loss of perspective is just wearying to watch at this point.

Fair enough, I guess. But then he launches into what I can only call a postmodern deconstruction of the meaning of Trump. Or, actually, maybe it’s the exact opposite of postmodern. Anyway, here it is:

The real problem here is…that he’s basically openly mocking the idea that words in politics mean anything at all….That’s the subversive, somewhat cleansing but ultimately corrosive part of Trump’s brand of political performance art: he’s talking to people who by and large think that politicians never mean anything they say, and he’s out there telling them, you’re right. We can say anything we want and none of it matters. It’s all a racket. Hey, how ’bout you and I call each other traitors and then punch the clock at the end of the day and get a drink together? Maybe our political class really has earned being treated this way, but every time Trump does it, he makes it harder to rebuild the broken norms he inherited and has treated with such contempt.

This is either brilliant or full of shit. I’m really not sure which.