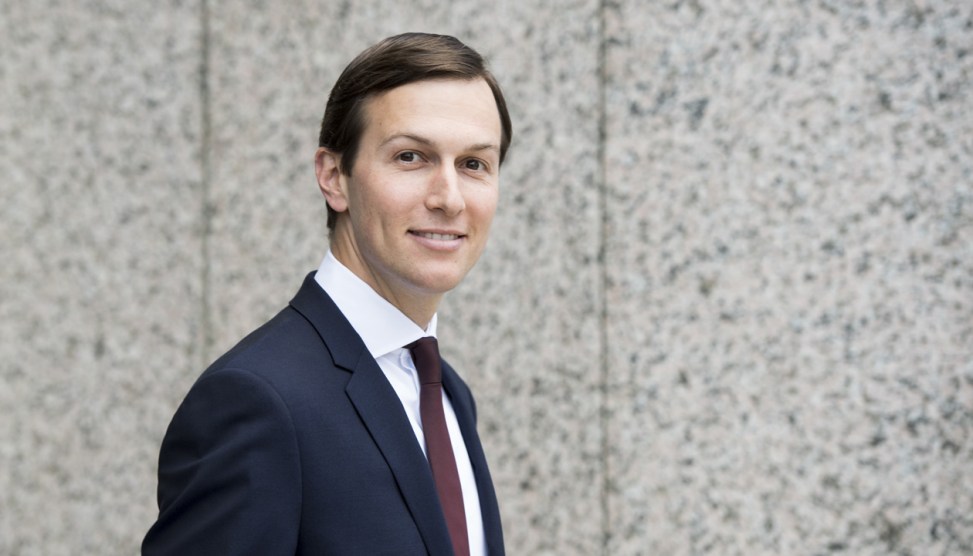 Officials in at least four countries have privately discussed ways they can manipulate Jared Kushner, the president’s son-in-law and senior adviser, by taking advantage of his complex business arrangements, financial difficulties and lack of foreign policy experience, according to current and former U.S. officials familiar with intelligence reports on the matter. Among those nations discussing ways to influence Kushner to their advantage were the United Arab Emirates, China, Israel and Mexico, the current and former officials said.

Of course they have. Why wouldn’t they? Kushner is inexperienced, avaricious, and in tough financial straits. He’s an easy mark. That explains this, also from the Post:

Jared Kushner, senior adviser and son-in-law to President Trump, had his security clearance downgraded Friday, sharply limiting his access to some of the nation’s most sensitive secrets amid concerns raised by the ongoing investigation of his background, two White House officials said Tuesday. Kushner was one of several White House officials who received a memo Friday announcing that because of their interim security clearances, their status was being downgraded from the “Top Secret/SCI” level to the “Secret” level, a far lower level of access to classified information.

“Secret”? Not even “Top Secret?” Seriously? Nothing of any real consequence is classified Secret. Kushner has been put in about the same category as a sixth grader, and for good reason: because the intelligence community is afraid that foreign countries might try to take advantage of his complex business arrangements and financial diff—