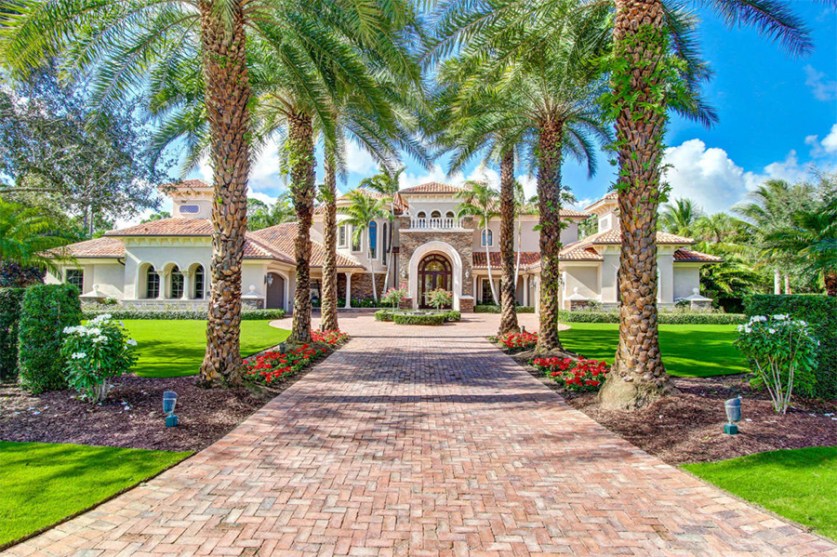 This was Ben Carson's Florida mansion until he sold it last year. I'll bet it had a $31,000 dining room set too.

I had a Ben Carson story in my open tabs yesterday but never got around to posting about it. So here it is:

A senior career official in the US Department of Housing and Urban Development has alleged that she was demoted and replaced with a Donald Trump appointee after refusing to break the law by funding an expensive redecoration of Ben Carson’s office. Helen Foster said she was told “$5,000 will not even buy a decent chair” after informing her bosses this was the legal price limit for improvements to the HUD secretary’s suite at the department’s Washington headquarters.

But it’s hard to keep up these days. By the time I woke up this morning, there was already more:

Department of Housing and Urban Development officials spent $31,000 on a new dining room set for Secretary Ben Carson’s office in late 2017 — just as the White House circulated its plans to slash HUD’s programs for the homeless, elderly and poor, according to federal procurement records.

….Mr. Carson “didn’t know the table had been purchased,” but does not believe the cost was too steep and does not intend to return it, said Raffi Williams, a HUD spokesman.

….Neither Mr. Carson nor his wife — who expressed a strong interest in sprucing up the drab, wood-paneled, 1960s-era secretary’s suite, according to several current and former department staff members — requested that the 50-year-old table be replaced, Mr. Williams said. But he had remarked how the previous table was covered in scratches, scuff marks and cracks. Mr. Williams emailed several pictures of the old table, which looks polished and not visibly scarred, during events held by Mr. Carson’s predecessor, Julián Castro.

Hahaha. Carson “didn’t know” the table had been purchased even though his wife had “expressed a strong interest” in buying it and he had demoted the person who stood in the way. Sure. Once a grifter, always a grifter.