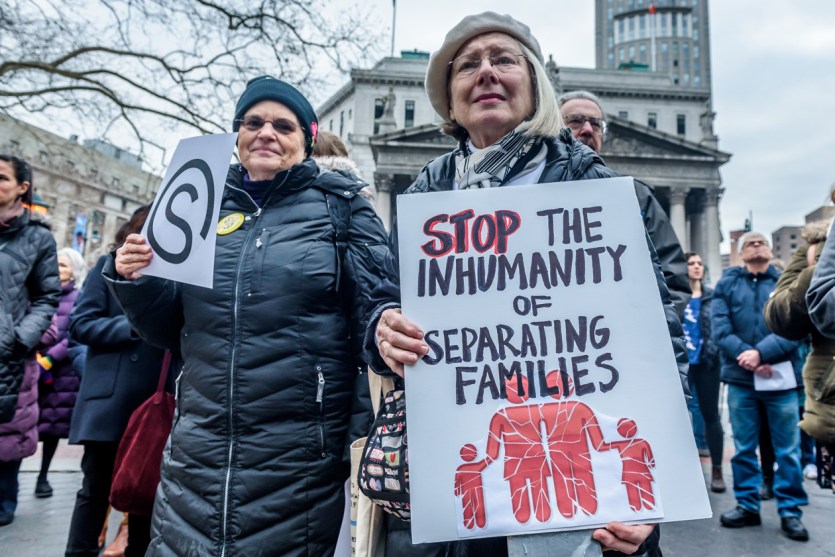 I’ve long supported the idea of making a deal that would give President Trump a piece of his wall in return for legislative authorization of DACA. But it turns out that Democrats were prepared to offer him even more: not just some money to start the wall, but also an end to chain migration and the visa lottery. Nancy LeTourneau comments:

In years gone by, that would have been the kind of compromise one would expect from bipartisan negotiations. But it wasn’t enough for Trump. He said, “no,” and, in the process, made his “shithole” comments. But even beyond that, the entire meeting involved an ambush that many have credited to Stephen Miller.

Apparently, when Sens. Lindsey Graham and Dick Durbin showed up for last week’s meeting with Trump, they were blindsided by the presence of a bunch of Republican immigration hardliners. “That was obviously designed by Stephen Miller to try to kill the deal,” said a senior Democratic aide.

That’s eminently plausible, but I have a different theory. All of this stuff happened last Thursday, two days after Trump’s televised session on Tuesday morning designed to prove that he’s not an idiot. Unfortunately, in that Tuesday meeting Sen. Dianne Feinstein tricked him into showing that he is, in fact, an idiot who has no idea what his own party’s position on immigration is. It’s not clear to me if Feinstein meant to do this, but it happened. Everyone in the world picked up on it and mocked Trump’s obvious dimwittedness.

This is, needless to say, something that Trump can’t abide. My guess is that by Wednesday he had already decided to sabotage the negotiations and then blame it on Democrats, all as retribution against liberals for making fun of him. Stephen Miller may have played a role too, but I’ll bet Trump was the driving force.