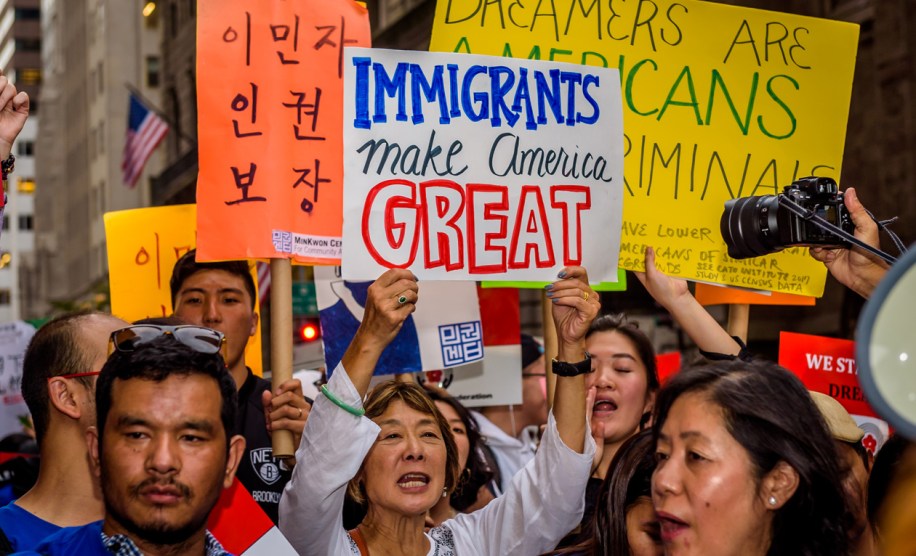 The Washington Post reports that a bipartisan deal on immigration could be near:

A bipartisan group of senators, led by Richard J. Durbin (D-Ill.), Lindsey O. Graham (R-S.C.) and Jeff Flake (R-Ariz.), said earlier Thursday that they were nearing a deal resembling the framework Trump laid out for Democrats and Republicans: legal protections for dreamers; changes in security along the U.S.-Mexico border, restrictions on family migration policy, which some conservatives deride as “chain migration,” and changes to a diversity lottery system that grants visas to 55,000 people from countries with low immigration each year.

….Sen. Thom Tillis (R-N.C.), who once actively participated in the bipartisan group’s talks, said he doubted whether they could strike a deal that passes the closely divided Senate and the GOP-dominated House. “That group has members that for 16 years have tried to get a congressional outcome and it’s not just about 60 votes. It’s 50 percent plus one in the House,” Tillis said.

Tillis is right, of course. Various immigration proposals have passed the Senate over the years, only to crater when they get to the House. But there’s something different this time: Donald Trump. If he decides to put his stamp of approval on this, that would probably force Paul Ryan to bring it to the floor of the House. And once there, it might pass with both Democratic and Republican votes.

We’ll see. Trump promised that whatever Congress sent him, he’d support it. If that’s true—and if the rest of the White House staff can keep Stephen Miller gagged long enough—something might actually have a chance of getting passed.