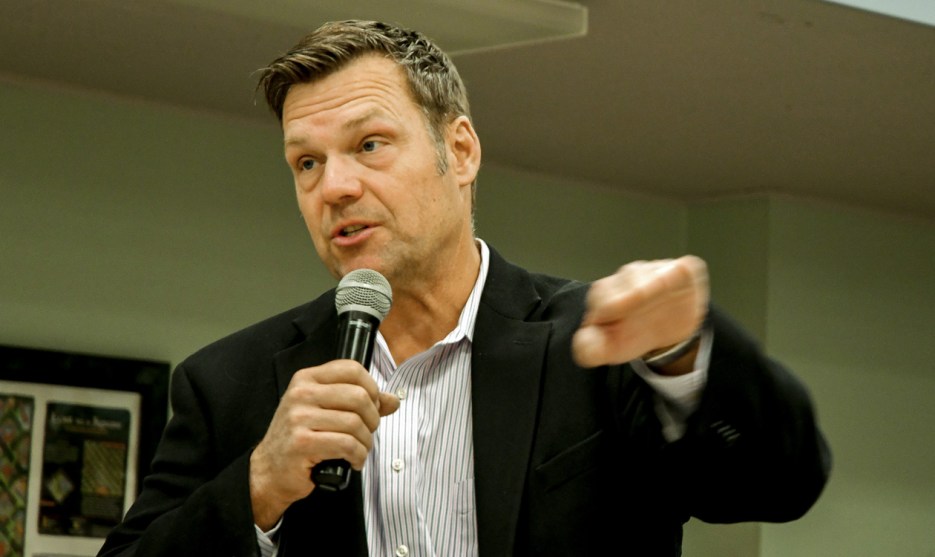 Kris Kobach was hoping his misfit character would become a regular, but "Donald" audiences never warmed to him. His contract wasn't renewed for season 2.Mark Reinstein via ZUMA

The scriptwriters for The Donald Show are getting lazy with their story arcs. I mean, take a look at their latest punt:

Episode 2017.1: Donald is desperate to prove that he won the greatest presidential victory of all time. But how?

Episode 2017.2: Cheating! That’s the ticket. His offscreen arch-nemesis Hillary hoovered up millions of votes from Mexicans who are in the country illegally.

Episode 2017.4: Kobach promptly rounds up a gang of misfits and starts delivering subpoenas. Hilariously, even his own state doesn’t comply.

[The storyline is abandoned for months and the audience begins to wonder if it’s ever coming back. Is the Trump administration becoming the Lost of presidencies?]

Episode 2018.1: Donald announces that the commission has been dissolved. The end.

WTF? Not even a little flashback to tell us what happened to Kobach? Did he slip on a banana peel? Get run over by a neo-Nazi? This plotless, meandering show has always been an acquired taste, but now it’s just getting tired. Can it last another couple of seasons at this rate?