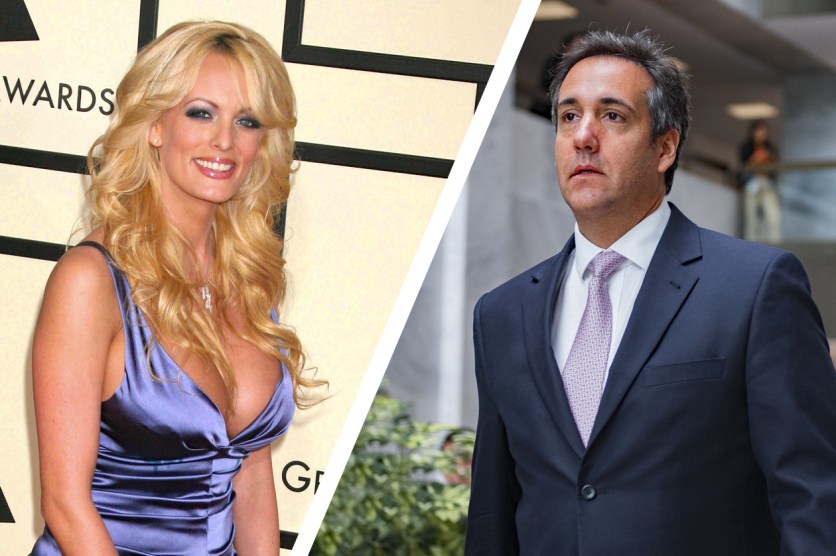 President Donald Trump’s lawyer used a private Delaware company to pay a former adult-film star $130,000 in return for her agreeing to not publicly discuss an alleged sexual encounter with Mr. Trump, according to corporate records and people familiar with the matter.

The lawyer, Michael Cohen, established Essential Consultants LLC, on Oct. 17, 2016, just before the 2016 presidential election, corporate documents show….[To] mask the identities of the people involved in the agreement, the parties used pseudonyms, with [Daniels] identified as “Peggy Peterson,” according to a person familiar with the matter. Part of the draft settlement pact was published by Slate.

Let’s just repeat this: Trump’s lawyer paid hush money to a former mistress in the middle of a presidential campaign. But Trump refuses to talk about this and Cohen refuses to tell us where the money came from. How is it that the Wall Street Journal is the only paper chasing this story?

“Donald Trump?” she wrote. “In her cell phone?”

The campaign consultant who wrote the email to Dubé tells Mother Jones that Daniels said the spanking came during a series of sexual and romantic encounters with Trump and that it involved a copy of Forbes with Trump on the cover.

A fall 2006 cover of Forbes does feature Trump and two of his children, Donald Jr. and Ivanka.