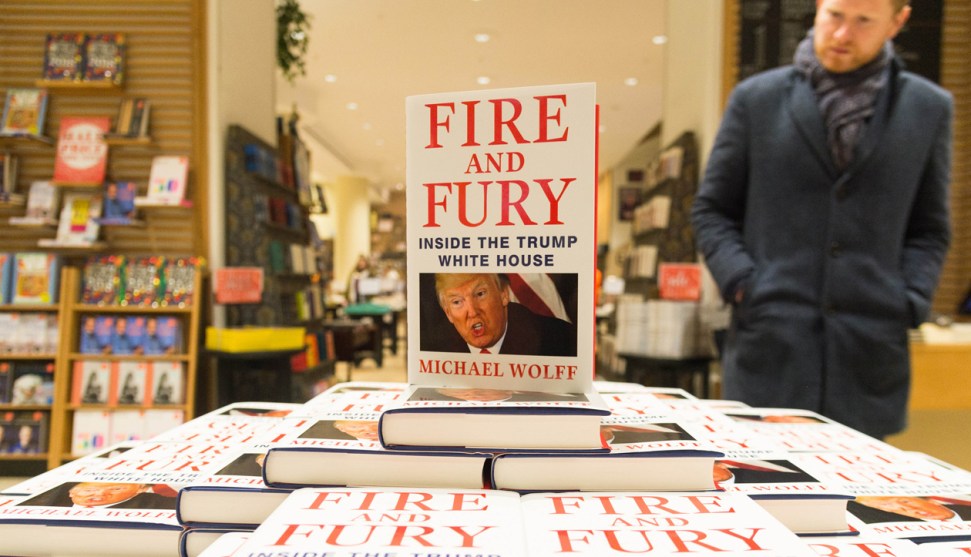 Stung by Michael Wolff’s portrayal of him as a childlike idiot in Fire and Fury, President Trump embarked on a series of public events this week designed to show the country that he’s well briefed and in command of his administration. How’s that going?

Monday evening: Tries to sing along to the national anthem but can’t remember all the words. Grade: C

Tuesday morning: Holds televised roundtable on immigration. Absent-mindedly agrees to abandon his immigration plan and adopt the Democrats’ plan instead until Kevin McCarthy interrupts to correct him. Grade: D

Wednesday noon: Tells the press that he got letters from a “lot” of TV anchors saying that Tuesday’s immigration session was “one of the greatest meetings they’ve ever witnessed.” Grade: C-

Wednesday afternoon: Announces that Norway has purchased a batch of F-52 fighters, a plane that doesn’t exist. Trump’s confusion probably stemmed from his belief that Norway had bought 52 F-35 jets. In fact, Norway has authorized the purchase of only 40 F-35s. Grade: D-

Thursday morning: After watching Fox & Friends, tweets that he opposes extension of warrantless surveillance, something that his administration has been pushing for weeks. This sends Congress into a temporary tizzy until an aide tells Trump what he’s done and he puts up a second tweet walking back the first one. Grade: F

“House votes on controversial FISA ACT today.” This is the act that may have been used, with the help of the discredited and phony Dossier, to so badly surveil and abuse the Trump Campaign by the previous administration and others?

Thursday morning: Meets with members of Congress and asks why we accept immigrants from “shithole countries.” Grade: F

Thursday afternoon: In an interview with the Wall Street Journal, insists that DACA and Dreamers are different things and he wants everyone to get that straight. In fact, they are the exact same thing. Grade: F

The week isn’t over yet, but so far Trump has earned a D-. If it were anyone else it would be a flat F, of course, but Trump gets his own curve. If he manages to speak in more-or-less complete sentences, he’s doing pretty well.