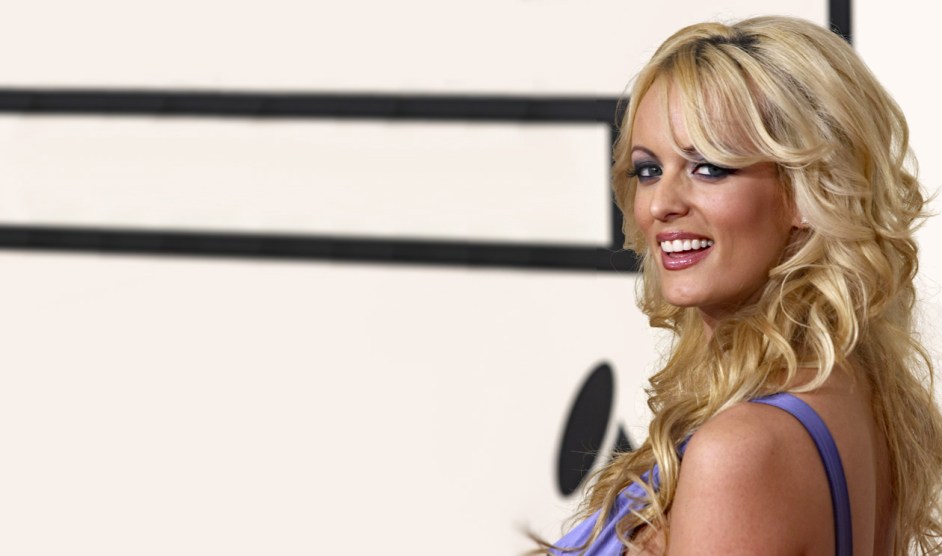 The allegation of a relationship was no secret to Fox News….One of the network’s reporters, Diana Falzone, had filed a story in October 2016 about an alleged sexual relationship between Clifford and Trump, people familiar with the matter said. Falzone had an on-the-record statement from Clifford’s manager at the time, Gina Rodriguez, confirming that her client had engaged in a sexual relationship with Trump, three of these people said, and Falzone had even seen emails about a settlement.

But the story never saw the light of the day, to the frustration of Falzone, two of the people said. “She had the story and Fox killed it,” one of the people familiar with the matter told CNN.

In what’s becoming a familiar mantra, Fox responded that they tried and tried to nail down the details of the affair but “were unable to verify all of the facts and publish a story.” I’ll bet. I wonder how many other outlets knew about this? So far only Slate and Fox News have fessed up. I wonder if there were more, and they were all just waiting for someone else to go first?

POSTSCRIPT: The affair itself is not that big a deal. However, the agreement to pay Daniels $130,000 to stay quiet is a very big deal. Trump’s lawyer has admitted the payment was made, but refuses to say anything more about it. How is this happening? How can the president of the United States get away with what looks like hush money paid to a mistress in the middle of an election? How is it that this isn’t front-page news until Trump tells us what it was all about and shows us the agreement?

What am I missing here?