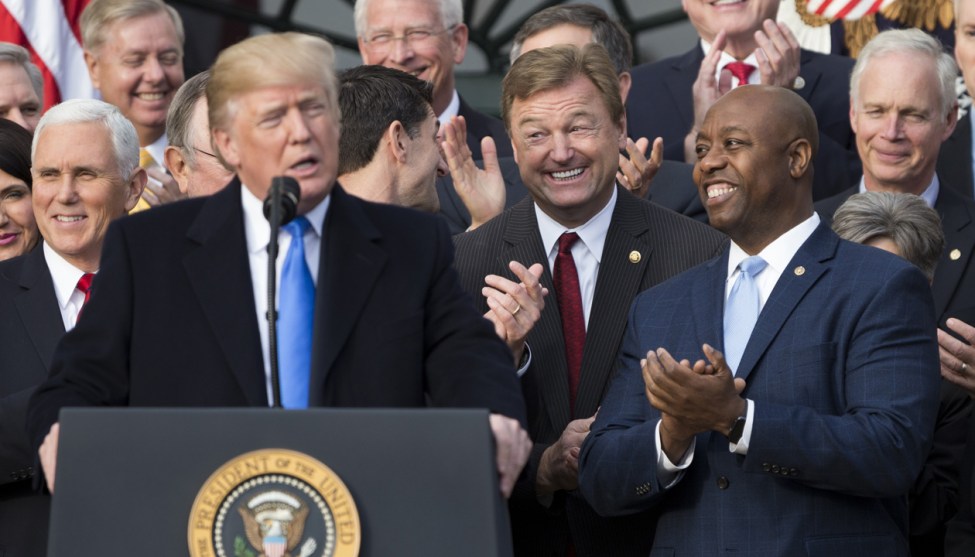 John Judis doesn’t think the Republican tax bill will hurt them in the 2018 midterms:

I don’t buy the argument — voiced by Democratic pundits, political consultants, and even a few economists — that the bill will doom the Republicans to defeat in 2018 and even 2020. Like many things I read or hear these days from liberals, it’s wish fulfillment disguised as analysis.

Democrats argue that the bill will be unpopular because it increases inequality by giving huge tax breaks to the rich and corporations. But most American voters don’t object to inequality and to the rich per se….The tax bill does give immediate benefits to the middle and lower classes. These include the increase in the child credit and standard deduction and lower rates….It is likely in the short run, that is, during Donald Trump’s presidency, to prolong the recovery and hold off an eventual downturn….Finally, I hear liberals and Democrats pointing to polls showing the tax bill is unpopular. I distrust these polls….Whether a policy is popular or not is usually settled during campaigns when the candidates try to interpret its results.

I halfway agree with Judis. The middle class does benefit in the short run from the tax bill, and George Bush’s tax cuts demonstrated pretty clearly that most people are satisfied with a modest tax cut even if they know it’s mainly a sop to disguise a huge tax cut given to the rich. And to Judis’s arguments I’d add another: Corporations employ an army of tax attorneys, and by November 2018 they’ll know exactly what the tax bill does for them. Ordinary folks don’t, and they won’t. It’s not until they start doing their taxes a few months later that they’ll really figure it out.

However, the sentence I highlighted is key, and it won’t necessarily work in Republicans’ favor. A popular president would be able to make a good case for the tax bill, but Trump isn’t popular and isn’t likely to be a year from now. It’s a lot easier for Democrats to paint the tax bill as a giveaway to corporations and the rich if the electorate already dislikes Trump and is primed to believe this. Popularity casts a golden sheen over everything a president does, but the opposite is true too. The tax bill will suffer merely for its proximity to Trump.

All this depends, of course, on Democrats making a good case against the bill. That’s not a slam dunk given their recent history, but the opportunity is certainly there.