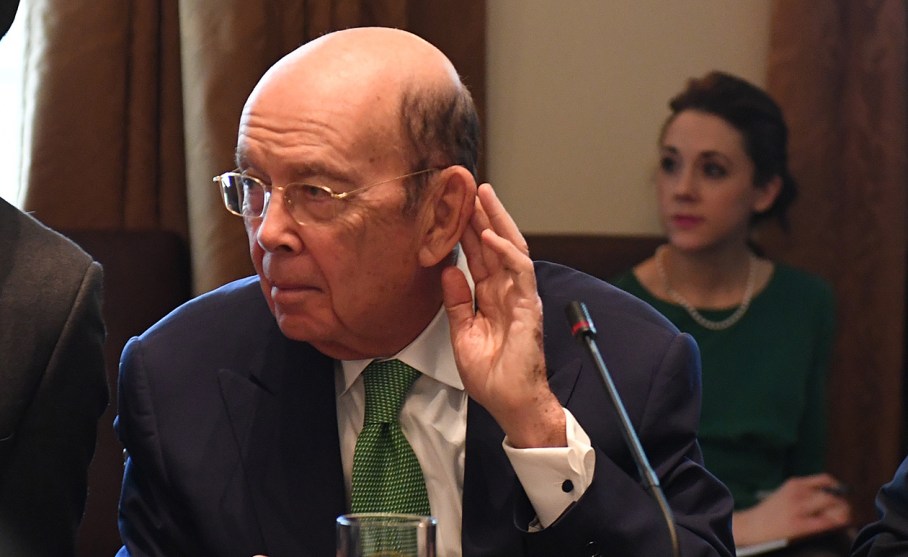 Remember Wilbur Ross, Donald Trump’s Commerce Secretary? He’s the guy who held onto his stake in Navigator Holdings, a shipping company, without really letting Congress know about it. But it turns out he owns more than just a stake in Navigator:

An APM Reports investigation reveals Ross has financial ties to 36 previously undisclosed ships that are spread among at least nine companies….Ross has a financial interest in at least 75 ships, most of which move oil and gas products across the globe. The value of those ships stands to grow as Ross negotiates trade deals on behalf of the U.S. and advises on U.S. infrastructure policy.

How about them apples? But it’s all OK because Ross says that from the very start he recused himself from any decisions focused on transoceanic shipping. Or maybe not. Here is David Dayen:

In May, the commerce secretary personally negotiated a deal to facilitate the transport of American liquefied natural gas, or LNG, to China. Ross touted the deal on CNBC, saying it would open the lucrative Chinese LNG market to American producers and “liberate American energy.” He has cited LNG as a way to reduce America’s trade deficit.

LNG, you say? What a coincidence. Navigator just happens to own a lot of LNG tankers. Dayen adds this nugget:

A member of the Navigator board, Wendy Teramoto, held that position while serving as a part-time adviser to Ross. Teramoto didn’t resign the board seat until July 17 and was then hired as Ross’s chief of staff August 1.

So one of Ross’ advisors was a board member of Navigator, and when she finally resigned her seat she was immediately hired as Ross’ chief of staff. Nothing fishy about that! I guess that’s one more Trump cabinet member to start investigating.