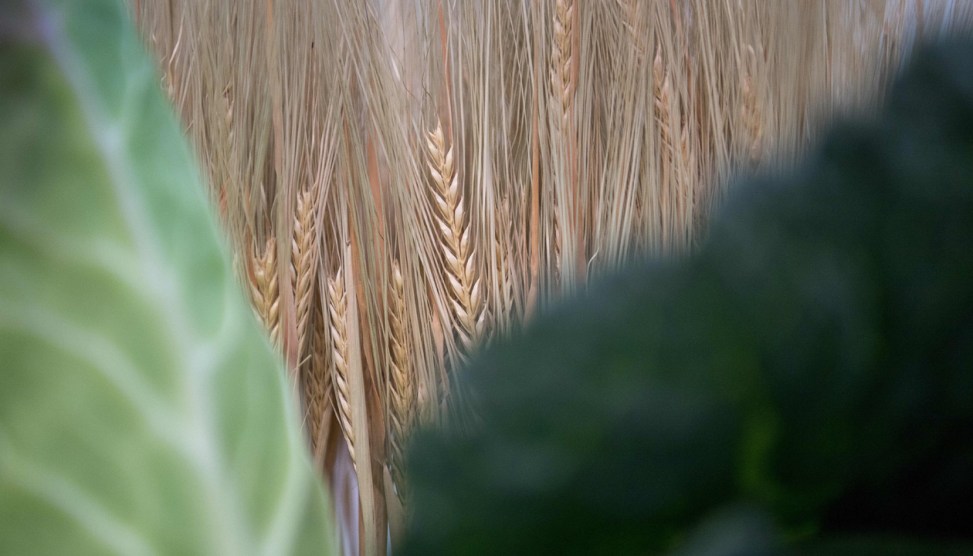 This is *not* what wheat looked like 10,000 years ago. It was tiny and hard to grow and barely worth the trouble. But it was still better than starving.Sebastian Gollnow/DPA via ZUMA

Andrew Sullivan summarizes the thesis of James Scott’s Against the Grain, an account of the emergence of the earliest states in human civilization:

The usual narrative is that this was progress, the use of intelligence to finally better our lot, leading to writing and culture and politics and what we call civilization. But that drastically misreads much of the evidence….Our health declined sharply; our average height diminished; our diet worsened….And the evidence shows that most humans at the time were understandably unimpressed. The persistence of hunter-gatherer communities throughout the early state era — and their healthier, more leisurely, and just as intelligent lives — made many suspicious of the new way of life.

….But for a few, the new order gave them extraordinary power. Control the territory and you control a lot. And so civilization begins with exploitation, hierarchy and control. The relative egalitarianism and intergenerational communities of human society for over 190,000 years slowly attenuated….The deeper you read into the book, and mull its research, the harder it is to ignore the possibility that modern civilization has, in one respect, been a gigantic, species-level mistake, a bid for power and mastery over nature and other human beings that has led to stunning achievements, but also untold misery and suffering.

In Guns, Germs, and Steel, Jared Diamond makes roughly the same argument—agrarianism was worse for most people than hunting and gathering—but with a different explanation for why it happened anyway. It’s not that anyone initially thought it would give them immense power, it’s just that humans hunted big game nearly to extinction. Staple crops were pretty crappy before thousands of years of breeding turned them into the wheat and rye and millet that we have today, but they were still marginally better than starving. As time went by, hunting became harder and crops got better, and civilization began. This did eventually give a few humans extraordinary power over the rest, but that wasn’t the motivation at first.

If I had to take a lesson from this, it’s not that a crop-based diet was a huge mistake. It’s that technological progress always provides an opportunity for the powerful to become even more powerful, and that’s something we should be watchful for. Take robots, for example….