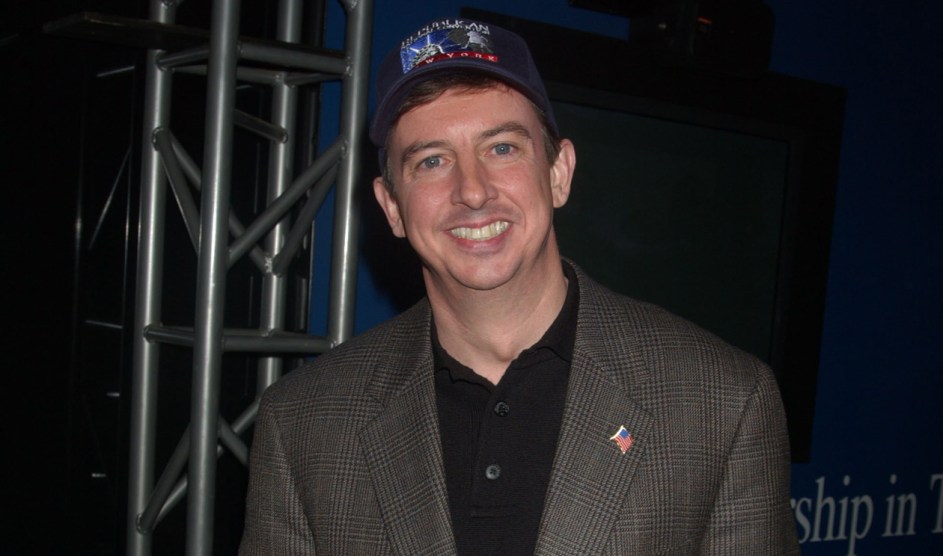 Does this look like the kind of guy who can pull off a Trump impersonation?Dan Herrick via ZUMA

As of last week, Gillespie looked to be gaining on Ralph Northam fast (I thought he had a good chance to win). Former Trump adviser Steve Bannon, the self-declared keeper of the Trumpist flame, believed Gillespie had cracked the code by fashioning a “Trumpism without Trump.” He managed, per Bannon, to close the enthusiasm gap “by rallying around the Trump agenda,” and Democrats needed to be “very, very worried.”

At least that was the party line until the race was called soon after the polls closed at 7 p.m. Then, Gillespie became an establishment tool who had betrayed Trumpism and the president. A Bannon spokesman blasted Gillespie for allegedly having no message and being inauthentic, which is quite the charge coming from people who will change what they are saying on a dime, depending on the imperatives of the political spin of the hour.

Lowry believes that there’s really no such thing as “Trumpism without Trump.” I wouldn’t go quite that far, but it’s certainly true that, at the very least, it requires a blowhard candidate in the Trump mold. A milquetoasty guy like Gillespie had no chance of pulling it off and probably shouldn’t have tried.

Beyond that, “Trumpism,” such as it is, is mostly just a garden variety conservative agenda with a border wall tacked on. Trump’s extreme popularity with his base isn’t really about taxes or abortion or Obamacare, it’s about his willingness to rabidly attack everyone and everything they hate. As Lowry suggests, this is not really something that can define an entire party. There just aren’t enough people who are willing to go down that road, and even fewer who can pull it off.

However, there are some, and Trump might bring more of them out of the woodwork. After getting blindsided by Trump, Republicans should keep a very sharp lookout for these pestilences. Believe it or not, there are worse things than Donald Trump.