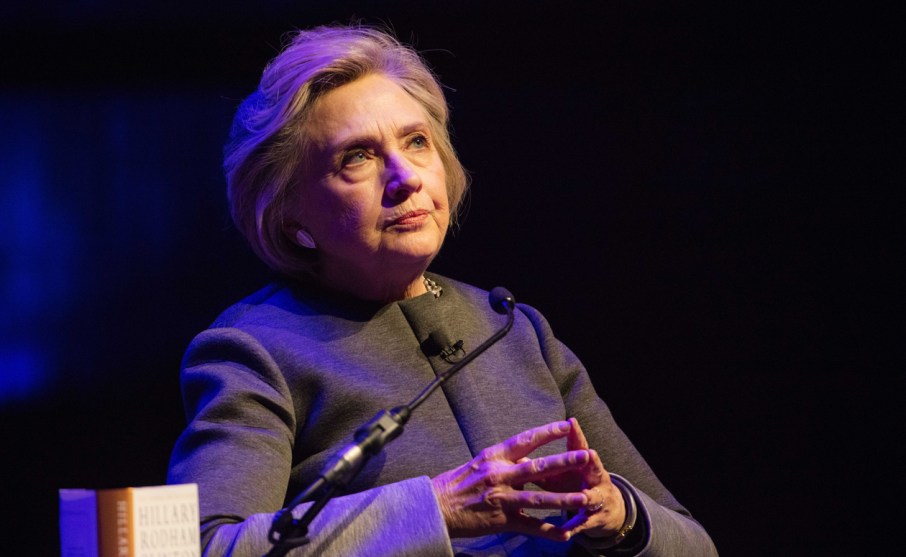 This is nuts. Republicans are now planning an investigation into the ridiculous myth that Hillary Clinton turned over America’s uranium to the Russians. Also Devin Nunes apparently has more to say about her emails. And I guess the infamous Steele Dossier is also up for grabs. Ed Kilgore describes it as a “bombshell” that it turns out it was financed by the DNC and the Clinton campaign.

Has anyone notified Republicans that Hillary lost and will never be running against them again? Is this just a way to get into Donald’s good graces? A way to keep the press busy, since they can always be suckered into covering nothingburgers about the Clintons? Or perhaps they’re just doing it to distract their base, which is starting to realize that Republicans plan to shower money only on corporations and the rich, just like always.

The dossier thing is just weird. Let me see if I have the story straight: The DNC and the Clinton campaign paid Fusion GPS to conduct oppo research on Trump. Fusion GPS hired Steele. Steele produced his dossier. It was never used. End of story.

I suppose there’s some way to make a scandal out of that. Congressional Republicans have made hay out of less before. But do they really want to highlight the dossier anyway? And shouldn’t they be focusing their attention on Chuck Schumer and Bernie Sanders and whoever else is actually politically important these days?

Scandalmongering the Clintons has defined the Republican Party for the past quarter of a century. Maybe going cold turkey was just too much to ask.