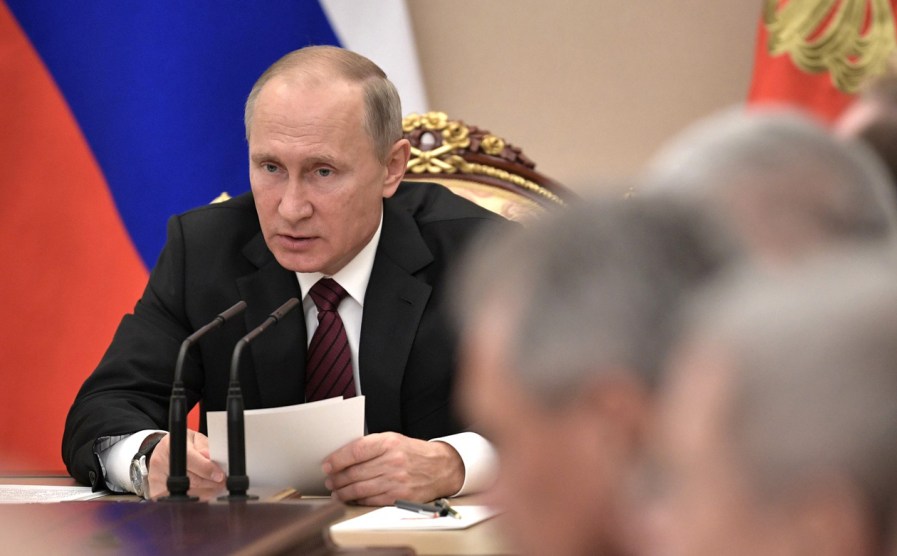 Remember that meeting last year between Don Jr. and the Russian lawyer? It was nothing. No connection to the Russian government at all. Just an understandable interest in a bit of oppo that never panned out.

Interviews and records show that in the months before the meeting, Ms. Veselnitskaya had discussed the allegations with one of Russia’s most powerful officials, the prosecutor general, Yuri Y. Chaika. And the memo she brought with her closely followed a document that Mr. Chaika’s office had given to an American congressman two months earlier, incorporating some paragraphs verbatim.

….In the past week, Ms. Veselnitskaya’s allegations — that major Democratic donors were guilty of financial fraud and tax evasion — have been embraced at the highest levels of the Russian government. President Vladimir V. Putin of Russia repeated her charges at length last week at an annual conference of Western academics. A state-run television network recently made them the subject of two special reports, featuring interviews with Ms. Veselnitskaya and Mr. Chaika.

The matching messages point to a synchronized information campaign. Like some other Russian experts, Stephen Blank, a senior fellow with the nonprofit American Foreign Policy Council in Washington, said they indicate that Ms. Veselnitskaya’s actions “were coordinated from the very top.”

That’s from the New York Times. But we all know there’s nothing there. The real story is that Democrats paid a British spy for some tittle tattle that they never ended up using. That’s the real scandal, right?

Along with Hillary’s emails, the Clinton Foundation, and Uranium One, of course. When will the media ever start paying attention to that stuff?