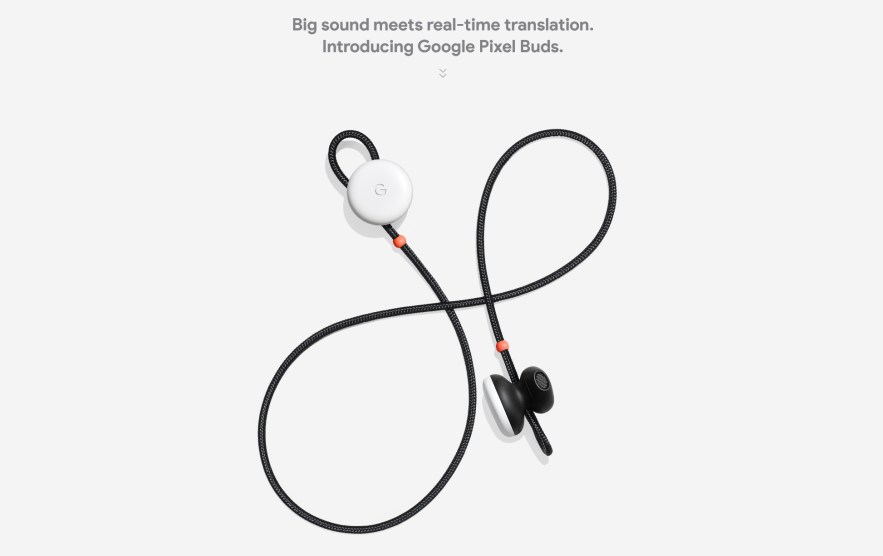 The earbuds connect wirelessly with Google’s latest smartphones, but more importantly, they’re able to access Google Assistant, the company’s virtual personal concierge, which launched exactly a year ago. Through this software, Google claims the earbuds can translate 40 spoken languages nearly in real time—or at least, fast enough to hold a conversation.

A demonstration on stage during Google’s event showed accurate and nearly instantaneous translation from Swedish to English, but it’s unclear how well it will perform in the real world, where background noise, differences in accent, verbal stumbles, and so on could confuse the software.

I don’t quite get the name. Pixel Buds? Did they just pick some random, techie-sounding word to go before buds? Can anybody explain?

Anyway, this is great. I don’t doubt they work a bit spottily right now, but real-time translation is sort of like the dancing bear: pretty astonishing even if it’s mediocre. And if they’re mediocre now, it means we’re no more than a few years away from reliable, accurate, honest-to-God universal translation. And that’s some genuine futuristic shit.

Artificial intelligence is on its way. This isn’t it, but it’s the Archangel Gabriel of precursors. It’s coming.