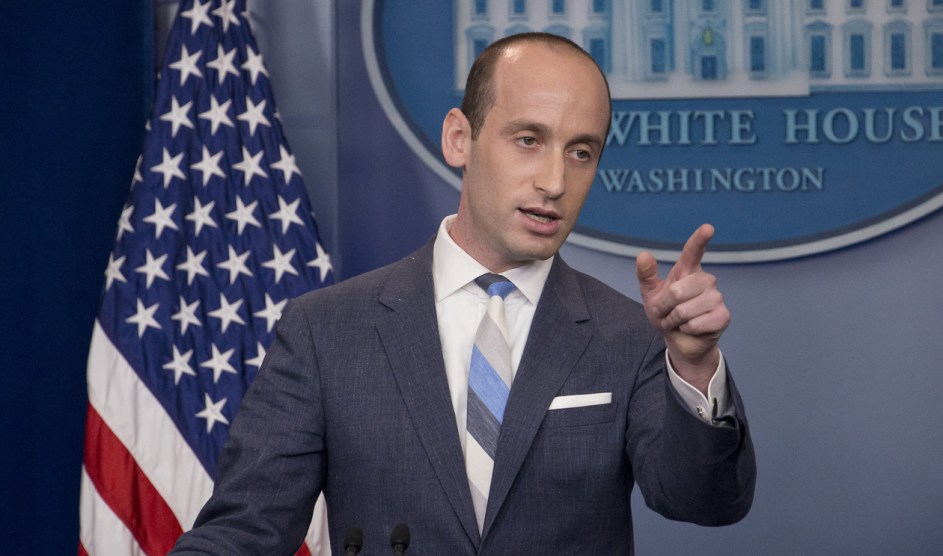 As part of his executive order banning refugees, Donald Trump ordered HHS to produce a report about the economic impact of refugees. The answer, according to HHS, is that refugees contributed $269 billion in tax revenue and used $206 billion in services, for a net positive impact of $63 billion over the past decade. However, when the final report was released, it presented only half the story:

“In an average year over the 10-year period, per-capita refugee costs for major H.H.S. programs totaled $3,300,” it says. “Per-person costs for the U.S. population were lower, at $2,500, reflecting a greater participation of refugees in H.H.S. programs, especially during their first four years” in the United States.

Why would HHS leave out the tax contribution side of the story? Apparently our old friend Stephen Miller insisted it be removed:

An internal email, dated Sept. 5 and sent among officials from government agencies involved in refugee issues, said that “senior leadership is questioning the assumptions used to produce the report.” A separate email said that Mr. Miller had requested a meeting to discuss the report. The Times was shown the emails on condition that the sender not be identified. Mr. Miller personally intervened in the discussions on the refugee cap to ensure that only the costs — not any fiscal benefit — of the program were considered, according to two people familiar with the talks.

OK, but the Trumpies can’t very well admit that, can they? So what’s the official explanation?

John Graham, the acting assistant secretary for planning and evaluation at the health department, said: “We do not comment on allegedly leaked documents” and that no report had been finalized. He noted that Mr. Trump’s memorandum “seeks an analysis related to the cost of refugee programs. Therefore, the only analysis in the scope of H.H.S.’s response to the memo would be on refugee-related expenditures from data within H.H.S. programs.”

Roger that. It’s an HHS report, so they can only use HHS data. Tax info would come from the Treasury Department, and that’s totally out of bounds. It would be inappropriate for an HHS report to present Treasury information.

What a bunch of clowns.